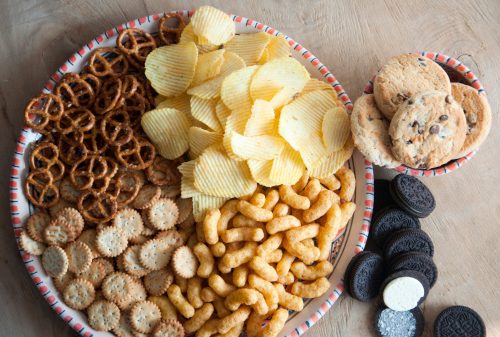 A new study reveals that unhealthy snack choices and cravings may be prompted by boredom and not actual hunger. The results come from the British researchers who conducted two experiments to evaluate how boredom affects eating habits.

For the first experiment, 52 participants filled out questionnaires about their food preferences before and after copying a bunch of identical letters. After completing the boring task, the participants were more likely to report craving unhealthy food like sweets and fast food.
In the second experiment, 45 participants were offered healthy and unhealthy snack options while watching either funny or boring videos. Those who watched the boring video consumed more unhealthy snacks, as opposed to those who watched the funny video.

Lead investigator Sandi Mann said, “These results are in line with previous research suggesting that we crave fatty and sugary foods when we are bored. This strengthens the theory that boredom is related to low levels of the stimulating brain chemical dopamine and that people try to boost this by eating fat and sugar if they cannot alleviate their boredom in some other way.”

The findings can help create public health campaigns to help combat unhealthy eating. Mann suggested that policies need “to take boredom, including boredom in the workplace, into account. Bored people do not eat nuts.”