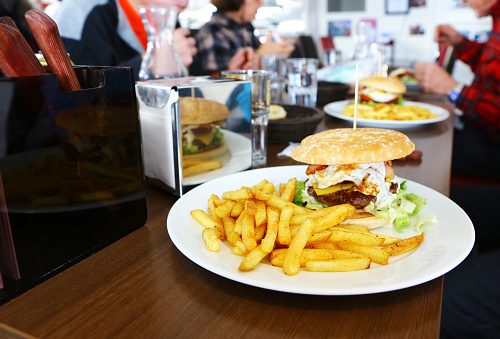 By now you know that eating fast food isn’t the healthiest choice you can make, but a new study suggests that eating fast food can actually expose you to harmful chemicals known as phthalates. The researchers found that fast-food eaters had higher levels of phthalates in their urine – in fact, 24 to 40 percent higher, compared to people who rarely consumed fast food.

Study author Ami Zota said, “We found statistically significant associations between the amount of fast food consumed in the prior 24 hours and the levels of two particular phthalates found in the body.”

The two common phthalates found were di(2-ethylhexyl) phthalate (DEHP) and diisononyl phthalate (DiNP), commonly used to make plastics flexible. These phthalates are also found in many food processors and packaging machinery.
The U.S. Congress banned the use of DEHP in children’s toys and bottles, and DiNP was temporarily banned for other uses as well. The bans were put into place based on concerns that these phthalates could interfere with male reproductive development. Other possible issues include birth defects, childhood behavioral problems, and chronic illnesses like asthma.

The chemicals can get into fast food through the processing system and can also get released into the food from its packaging.

Shanna Swan, a professor of obstetrics, gynecology, and reproductive science with the department of preventive medicine at Mount Sinai’s Icahn School of Medicine, added, “To reduce exposure to phthalates, my recommendation always is to minimize exposure to processed foods, and the ultimate processed food platform is the fast-food restaurant.”

The researchers reviewed data from nearly 8,900 participants of a regular health survey carried out by the CDC. Fast food was described as anything obtained from a restaurant along with take-out or delivered food.

Individuals were categorized as frequent fast-food eaters if they received 35 percent of their daily calories from fast food.

The researchers found the greater the amount of fast food consumed, the higher the levels of chemicals were. Grains and meats were found to have the highest concentration of phthalates.

Some food manufacturers have issues regarding the findings. Lisa Dry, senior director of product communications at the American Chemistry Council, said, “The authors acknowledge that a limitation of the study is that they cannot establish a link between any phthalate exposure and fast-food consumption. No phthalates were actually measured or confirmed to be present in any foods. Data from the Centers for Disease Control and Prevention over the last 10 years, the same data on which this study is based, demonstrate that exposure to phthalates from any source is extremely low, including any contribution from fast foods, and significantly lower than acceptable levels as set by regulatory agencies.”

Swan and Zota advised that pregnant women in particular lower their intake of fast food as it is quite harmful for them.