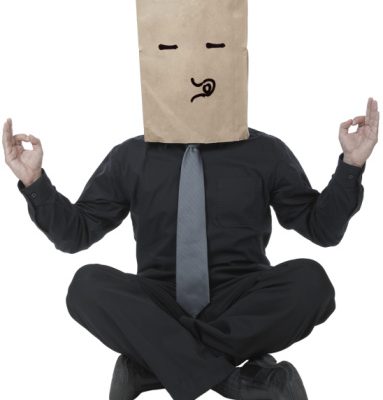 Students, business men, business women, professors…they all go to great lengths to remember information. Brain overload, as some people call it can lead to forgetfulness; and we all want to maintain a good memory. Now research seems to indicate that all we really have to do is simply shut our eyes for a short time and voila, we boost our memory.

It sounds rather odd that a treatment for memory could be as easy as closing our eyes; however, psychologists and neuroscientists at the University of Edinburgh in Scotland say they’ve put the theory to the test and closing your eyes for 10 minutes really does work.

In one experiment the researchers took a group of elderly men and women and told them two detailed stories. Some of the men and women were put in a dark room for 10 minutes where they were told to close their eyes and relax. The other group of men and women were distracted with a new task and new images. The participants who closed their eyes for 10 minutes were not only able to better recall the details of the stories immediately following their quick break; they experienced improved memory a full week after the story-telling session.

Memory Consolidation is a process that stabilizes a memory right after you initially acquire the information. It is broken down into two phases: Synaptic, taking place within the first few hours after learning something new and System when information becomes fixed in your long-term memory. Memory consolidation is normally associated with a full night’s sleep and thus longer term memory retention. For the first time, this latest study suggests that closing your eyes for a few minutes can lead to long term memory.


Boosting Memory and Shutting Your Eyes

This isn’t the first time that shutting your eyes to boost memory has been put to the test. Previous research has indicated that no matter what age you are, you have better recall of a list of words if you are given the chance to rest in between learning the words and reiterating them. The authors of the Edinburgh study say when we first attain new information we are at the early stages of memory formation and further neural processes have to take place in order for us to fully absorb and remember. Closing our eyes for just a few minutes without any distractions gives us some extra absorption time.

If you are a student studying for a big exam, the practice of shutting your eyes to boost memory may only work to a certain extent.

Surveys show that most students use cramming as a way to prepare for mid-terms. Psychologists argue that’s not a good approach though. It can lead to forgetfulness.  A study conducted by students at UCLA shows that cramming for a mid-term means students forget the information until studying again for their finals. Ironically, their theory is that forgetfulness is a tool for learning. They say relearning allows people to retain the information longer. Their research shows that cramming has a lot to do with rote memory, like learning to play a piano piece by playing it 10 times in one day; while playing it over again several weeks later and again several months later has more to do with fixing it into long-term memory.

Treatment for forgetfulness when it comes to illness, as well as the learning process is the subject of great speculation. For this reason we can expect much more research to be conducted. In the meantime, it wouldn’t hurt to take a few quiet moments now and then, relax and close your eyes.