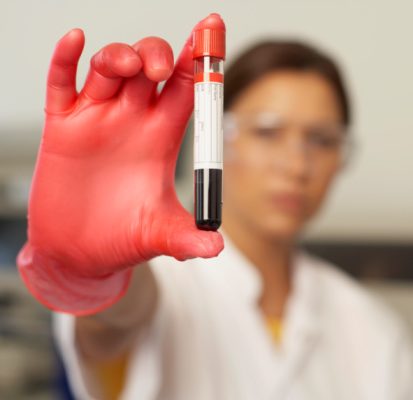 Bloodletting is one of the oldest medical practices and it involves withdrawing small quantities of blood from a patient in order to prevent disease, cure illness and promote good health. Bloodletting lost its credibility after the 19th century and since then is has been considered by mainstream medicine as an ineffective, if not harmful practice.  Despite the negative connotations associated with bloodletting, a recent study published in BMC Medicine Journal has found that it may work as a natural heart remedy and reduce the risk for heart disease in obese individuals with metabolic syndrome.

The Impact on Heart Disease

Metabolic syndrome is an increasingly common disorder that raises an individual’s risk for a variety of serious health issues including: diabetes, hypertension, hyperlipidemia, stroke, coronary heart disease and a range of other cardiovascular disorders.  Metabolic syndrome is prevalent amongst obese individuals—affecting approximately 40.2 percent of the obese population and it significantly increases an individual’s risk not only for heart disease but also for death from all causes.

Previous research has found an association between diabetes and heart disease and an accumulation of iron in the body. Donating blood helps to lower a person’s iron levels and with this in mind, researchers from Berlin and University Duisburg-Essen conducted a bloodletting study on obese patients with metabolic syndrome. The researchers split the patients into two groups; one group underwent two session of bloodletting and the other group did not donate any blood.  The bloodletting group had 300 ml of blood drawn at the onset of the trial and another 250-500 ml drawn four weeks later. The researchers then waited six weeks, in order to allow enough time for blood volume to be replenished, and then called the patients back in for a health evaluation.


The Benefits Towards Your Good Health

The patients who had their blood drawn had a marked decrease in systolic blood pressure (a marker of heart disease), and a lower resting heart rate, as well as a reduction in blood glucose levels (an elevation of which is associated with diabetes).  The good health benefits did not stop there; the bloodletting patients also experienced a decrease in heart rate and an improvement in cholesterol levels (another marker of heart disease).

According to lead researcher, Professor Andreas Michalsen from the Charité-University Medical Centre, Berlin: “Consecutive reduction in iron stores was able to improve markers of cardiovascular risk and glycemic control. Consequently blood donation may prevent not just diabetes but also cardiovascular disease for the obese. Obviously this treatment will not be suitable for people with anemia however for those eligible for treatment blood donation may prevent escalation of their condition.”

Some natural heart remedies currently include regular exercise, stress reduction techniques, quitting smoking and a healthy diet. Diets high in whole wheat, olive oil, broccoli, berries, garlic and cold-water fish are all considered helpful when it comes to reducing heart disease risk.  Although more research needs to be done before bloodletting can join this list of natural heart remedies, the results of this study were nonetheless encouraging.