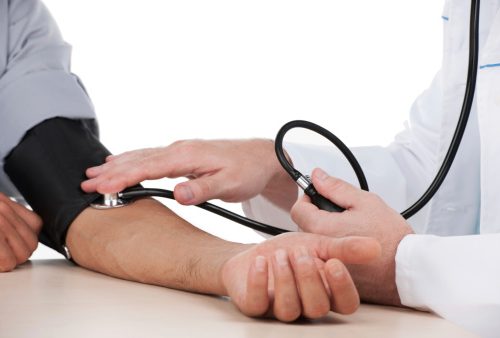 Hypertension treatment in America is on the rise. Researcher Candace McNaughton said, “We found that around 25 percent of all emergency department visits involved patients with hypertension, and that the rate of hypertension-related visits has gone up more than 20 percent since 2006.”

Hypertension can lead to many health complications, and yet it is one of the most treatable conditions out there, with lifestyle factors playing a large role. Unfortunately, many Americans aren’t even aware that they have hypertension, and so treatment is delayed or never administered, raising their risk for cardiovascular events.

McNaughton added, “The study highlights how common hypertension is, and that it’s becoming an even bigger problem affecting a large number of patients who seek care in the emergency department.”

The spike in hypertension cases may be explained by the fact that as awareness is increasing more individuals are having themselves checked and results are coming back positive for high blood pressure. Hospitalizations are also on the rise as a result of high blood pressure. “Emergency department visits for patients with a primary diagnosis of hypertension were more likely among patients who were younger and less likely to have private health insurance,” said McNaughton.

The researchers used emergency room visits data to determine the national rate for hypertension along with other patient factors.

McNaughton added, “It speaks to the greater overall importance of hypertension and that lifestyle factors such as taking medication as prescribed, quitting smoking, exercising, and eating less salt are all really important. The role of the emergency department in the management of chronic disease is still poorly understood, with hypertension as an opportunity to show how we can safely use the emergency department to manage patients with these conditions.”

Controversy over new blood pressure guidelines can be dangerous to patients: Study

There is an ongoing debate about blood pressure guidelines. The current recommendations for those over the age of 60 is that treatment should be administered with blood pressure numbers of 140 to 150.  But latest findings suggest that this number is too high to begin treatment and that it increases the risk of stroke by 70 percent.

Senior author Dr. Ralph Sacco said, “Our study shows the borderline group is probably as risky as having a blood pressure greater than 150, at least for stroke risk. This was a controversial move, and I think our study suggests we shouldn’t switch it to 150. We should stick to 140.”

Unfortunately, the newest study doesn’t cover all the grounds. For example, the study does not address the side effects of blood pressure medications or how the treatment can affect a person’s risk of stroke.

Dr. Paul James, head of family medicine at the University of Iowa Carver College of Medicine, added, “It’s a matter of balancing the risk of treatment with the benefits of treatment. That’s not a simple thing, and it’s not really something that one study like this study could answer.”

The institute formed the Eighth Joint National Committee, or JNC8, to revise guidelines in 2008, recommending treatment only be given with blood pressure exceeding 150/90. Sacco and his team launched their study as they were concerned those guidelines would negatively impact stroke risk.

Sacco’s team suggests adhering to the current American Heart Association guidelines for beginning treatment with blood pressure 140 or higher. He does suggest that the findings are based on observations and only focused on stroke risk, not other health factors.

Dr. James suggests that the findings don’t reveal additional benefits to starting the treatment for blood pressure below 150.

A new study called SPRINT is underway, which suggests going as low as 120 as a means to further reduce death, heart attack, heart failure, and stroke. The researchers believe the SPRINT findings should be combined with those of the JNC8 for further analysis.

Another study pointed to the fact that untreated high blood pressure can increase the risk of bleeding stroke. Study author Dr. Kyle Walsh said, “The average age for a brain hemorrhage [bleeding stroke] is much younger in minorities, especially in African Americans, so they may suffer more disability earlier in life than others. It’s important to be aware of having high blood pressure in the first place, and once diagnosed, to have it treated appropriately.”

During their study, the researchers found that – in comparison to normal blood pressure – having untreated high blood pressure increased the risk of bleeding stroke 11 times in blacks, 9.8 times in Hispanics, and 9.5 times in whites.

Additionally, they found that high blood pressure was untreated mostly in Hispanics, then blacks, and then whites. Access to medical care in different races may explain the disparities.

The findings were presented at the American Stroke Association in Los Angeles.