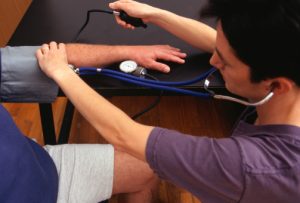 The researchers carried out a systematic review and meta-analysis of medical literature in order to uncover the effects of hypertension treatment on diabetics.

Mattias Brunström added, “In practice, it is important to remember that undertreatment of high blood pressure is a bigger problem than overtreatment. Many treatment guidelines, both Swedish and international, will be redrawn in the next few years. It has been discussed to recommend even lower blood pressure levels for people with diabetes – maybe as low as 130. We are hoping that our study, which shows potential risks of such aggressive blood pressure lowering treatment, will come to influence these guidelines.”

Primary sponsor Gary H. Gibbons added, “The study provides potentially lifesaving information that will be useful to health care providers as they consider the best treatment options for some of their patients, particularly those over age 50. We are delighted to have achieved this important milestone in the study in advance of the expected closure date for the SPRINT trial and look forward to quickly communicating the results to help inform patient care and the future development of evidence-based clinical guidelines.”

The study evaluates the maintenance of a new target systolic number – 120 mmHg – and found that new aggressive methods to achieve systolic blood pressure at 120 mmHg can be effective for reducing the risk of cardiovascular events along with preventing early death. Hypertension is a known risk factor for many cardiovascular events, and although lifestyle habits can help bring numbers down to healthy levels, sometimes medication is prescribed to further reduce numbers.