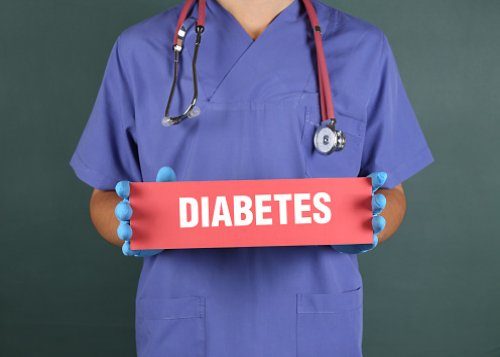 Type 2 diabetes is by far the most common kind of diabetes that patients suffer from – 95 percent of those who are diagnosed with the condition. In general, across the globe, diabetes rates continue to climb drastically. When diabetes was co-diagnosed with another serious medical issue, such as hyperlipidemia (a metabolic disorder caused by higher than normal levels of fats and cholesterols in the bloodstream), patients are at a much higher risk of experiencing a cardiovascular or cerebrovascular event, which could result in death. It is estimated that 75 percent of all patients with type 2 diabetes die from cardiovascular complications and cerebrovascular diseases every year.

Due to the severity of the concern over the presentation of both conditions in patients simultaneously, as each one is independently a risk factor for cardiovascular diseases, researchers are now looking into ways to reduce the risks of hyperlipidemia occurring in type 2 diabetes patients. For now, solidifying the relationship between the two conditions and the resulting increased risk of cardiovascular events is required in order to determine potential treatment options for these patients.

The results of the research showed that the participants with both diabetes and hyperlipidemia, there was an increased risk of developing cardiovascular diseases in comparison with diabetes only patients. According to the researchers, “At the end of the follow-up period, all-cause mortality, cardio-cerebrovascular diseases mortality, and the incidence of myocardial infarction, cerebral infarction, cerebral hemorrhage and total cardiovascular events were significantly higher in diabetes combined with hyperlipidemia group than in diabetes group.”

They also found that “diastolic blood pressure, systolic blood pressure, high-density lipoprotein, low-density lipoprotein, body mass index and hyper-sensitive C-reactive protein were higher in diabetes combined with hyperlipidemia group than in diabetes group.” The risk of cardiovascular events was 1.68 times higher in the dual diagnosis group in comparison to the singular diagnosis diabetes group. Overall, hyperlipidemia in type 2 diabetes patients causes a number of health conditions which may contribute to the development of cardiovascular diseases.

The researchers believe that these results may be caused by the presence of a lipid metabolism disorder in the participants with hyperlipidemia. They hypothesize that the reduction of the lipid levels found in these patients’ bloodstreams would delay the development of cardiovascular diseases caused by hyperlipidemia. In these patients, lowering lipid intake and lowering blood lipid levels are important first steps in treating the underlying hyperlipidemia, which will, in turn, reduce the risk of a cardiovascular event occurring.

Also read: Is cholesterol a lipid?

How much cholesterol should you have a day?