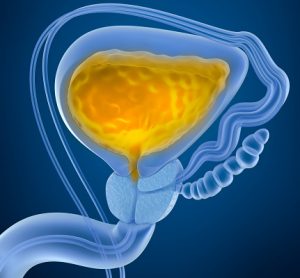 A polyp is an abnormal growth of tissue projecting from a mucous membrane. Bladder polyps, in particular, are becoming more of an issue for medical professionals. Polyps in the bladder are suspected to be associated with lifestyle choices such as smoking or exposure to harmful chemical elements, but the cause of bladder polyps is not known. A certain parasitic infection called schistosomiasis has been discovered to be associated with the development of bladder polyps, which result from parasitic eggs released into the bladder wall tissue, leading to polyp formation. Men are afflicted more often by bladder polyps, generally being diagnosed after the age of 55.

How are the bladder polyps found?

A combination of contributing factors increases a person’s predisposition to bladder polyps. Chronic inflammatory disorders along with genetic variants increase the chances for their development. Those with a family history of bladder polyps are more likely to develop them themselves.

Bladder infections such as chronic cystitis result in the urinary tract system becoming chronically inflamed. The condition leads to a proliferation of the mucosal lining of the bladder, cause it to bulge into the bladder cavity in the form of a polyp. While this does not occur in all cases of chronic cystitis, when the conditions are right and the genetics of the person support polyp development, it’s common.

Bladder polyps come in different sizes, ranging from a few millimeters to several centimeters in diameter. Polyps appear in several ways, but most look like an abnormal growth of tissue attached to the surface of a tissue lining by a stalk or a peduncle. Polyps can form in other places besides the bladder, including the colon, stomach, nose, ear, and uterus.

In the majority of patients with bladder polyps, symptoms are not present in the early stages. However, a common symptom is the presence of blood in the urine. If this symptom occurs, it will often lead to further investigation to help identify the cause. Other possible symptoms include increased frequency of urination and pain while urinating.

When seeing your physician for a suspected problem with urination, such as increased frequency or bloody urine, the most common test to do will be a urinalysis. This will help the doctor determine where the red blood cells could possibly be coming from and to rule out any possible cause of infection.

In a case where bladder polyps are the cause of symptom presentation, the next step for diagnosis would be getting an ultrasound. This is a procedure where sound waves at the upper limit of human hearing are used to measure distances. Ultrasound imaging can be used to see if any abnormalities in urinary tract structure are present, such as polyps.
Once polyps have been seen on imaging studies, further testing is still warranted. This often comes in the form of endoscopic examination of the bladder, or cystoscopy. This test involves the use of a very small camera at the end of a tube to be inserted into the bladder. This will give a direct image of the mucosal lining.

This will have the doctor determine the size and appearance of any growth found within. Often times, the endoscopic tube is equipped with a decisive that is able to retrieve tissue or a biopsy for diagnostic testing. A biopsy will give conclusive results if the growth is cancerous or not.

If the polyp is indeed found to be cancerous, it may be removed entirely though cystoscopy as part of a bladder polyp removal procedure. Chemotherapeutic agents may also be employed to aid in cancer treatment. If polyps in the bladder are identified at a later stage, cancer may have already spread to distant muscle and tissue that surrounds the bladder, with surgical removal of the bladder possibly being necessary.

Related: What is an enlarged bladder? Causes and symptoms