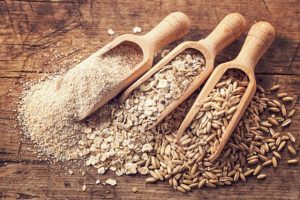 Eating a well-balanced and healthy diet is something we all strive to do, and there is no question that including whole grains is a common part of the equation. Several studies have proven time and time again that an adequate intake of whole grains significantly reduces the risk of developing a disease such as type 2 diabetes. But according to reports, the use of commonly used prescribed antibiotics may counteract this beneficial effect of whole grain.

Food made from whole grains are known for packing a lot of vitamins and nutrients. They also help improve bowel health by maintaining regular bowel movements and promote the growth of healthy bacteria in the intestines with their high fiber content. A study carried out in a collaboration between Aarhus University and The Danish Cancer Society set out to document the use of antibiotics on people who followed a diet including whole grains. Data was gathered from more than 57,000 Danish citizens from the years 1993 to 1997 who submitted detailed information on their diets as well as lifestyles and biological material including blood, adipose tissue, urine, and toenails. The researchers discovered that 2,200 of the participants had developed cancer when looking at the data from 1996 to 2009.

This cancer group was of special interest to the researchers and warranted more investigation into the reasons for why the cancer had developed. Their enterolignan levels were measured from blood samples and compared against antibiotic use data obtained from The Danish National Prescription Registry. A significant correlation was observed between the use of antibiotics and lower enterolignan concentrations in the blood, especially in women.

Lignans are phytonutrients, which are part of a plant’s composition. They are abundant in whole grains as well as other plant-based foods such as seeds, berries, and vegetables. When these plant-based foods are eaten, they get converted in the gut by bacteria to become “human” lignans or enterolignans that have a wide array of beneficial health effects on the body. Certain plants have also been known to create estrogen-like lignans that can be beneficial in women’s health, even protecting against breast cancer.
The researchers go on to say that length of antibiotic use is also of note, as even several months after antibiotic use, the concentration of enterolignans is still reduced. This may be due to the gut bacteria still being affected long after the course of antibiotics has stopped.

“The results confirm our hypothesis and also point towards the importance of maintaining a restrictive use of antibiotics. You will not achieve the full beneficial effects of whole grain when the intestinal bacteria are negatively affected by antibiotics. Most likely, it also applies to a number of other compounds present in the diet and which require microbial conversion in order to have a positive effect on health,” says Professor Knud, Department of Animal Science at Aarhus University.

Further studies were carried out in pig subjects to determine the role of antibiotics in lignin metabolism. The researchers confirm that a significant decrease of blood enterolignan concentrations was observed—a 37 percent decrease was seen in pigs treated with antibiotics compared to those not given antibiotics.