Home » Uncategorized » How to avoid getting sick from these popular foods 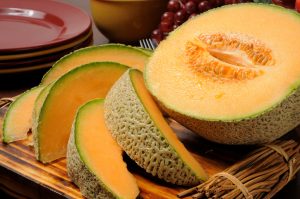 Food is supposed to nourish and keep us healthy, but some foods can actually promote illness. Being aware of these danger foods can help you lower your risk of getting sick. In most cases, illness is avoidable.

Below you will find 10 common foods that can promote illness – and what you can do to lower your risk.

10 foods that can make you sick

Leafy greens: This is a shocker for sure, because we are always told that leafy greens are a superfood. Unfortunately, the CDC and FDA have reported multiple outbreaks of listeria (which can be life threatening) brought on by leafy greens. David Plunkett, senior staff attorney at the Center for Science in the Public Interest (CSPI), said, “It stems back to where they’re grown: If cattle are being raised nearby, feces or other cattle residue can drift over into the field, depositing pathogens.”

To lower your risk of illness, ensure you always wash your leafy greens thoroughly, even if the package says prewashed. Eating your greens cooked may also be a safer option than consuming them raw.

Eggs: Eggs are a known breeding ground for salmonella. To avoid getting sick from your breakfast, eat your eggs scrambled or boiled, in other words, ensure they are cooked thoroughly. Avoid eating foods that contain raw eggs, such as uncooked cookie dough, for example.

Tuna: Tuna can contain scombrotoxin that forms when natural chemicals in the fish begin to spoil. Unfortunately, this toxin cannot be killed off while cooking. To prevent contamination, the tuna must be properly stored at cool temperatures when caught.

Oysters: Oysters may be harvested from waters that are contaminated with norovirus or even contain life-threatening bacteria known as vibrio, which is a cousin to cholera. Vibrio can infect the blood stream and lead to death. Instead of eating oysters raw, have them steamed or boiled. This won’t guarantee that you won’t get sick, but it may lower your risk.

Potatoes: Some potatoes contain C.botulinum bacteria (causing botulism), E.coli, and even salmonella. You can protect yourself by properly rinsing and cooking potatoes.

Soft cheeses: Soft cheeses like brie might not be made from pasteurized milk, which means increased risk of contracting bacteria like listeria. In healthy adults, symptoms may be mild, but if you are pregnant, you should steer clear of products potentially containing listeria, as it can cause miscarriages and other pregnancy complications.

Tomatoes: Tomatoes can sometimes harbor salmonella. Washing them properly can help remove any bacteria on their skin. When storing tomatoes, keep them away from other food items to avoid cross-contamination.

Berries: Berries can be contaminated with a parasite called cyclospora. It causes severe diarrhea that is treated with antibiotics. Washing berries prior to consumption can lower your risk of cyclospora, but it won’t eliminate the risk completely.

Peanut butter: Sometimes, peanut butter can get contaminated with salmonella during processing. Pay close attention to any recall announcements that may be issued, as there is no other way to find out about contamination.

If you are going to buy cantaloupe, or any fruit really, buy them whole rather than precut or skinned. Although precut fruit is easier to handle, it comes with an increased risk of contamination and a deadly illness, potentially. When slicing a melon, always remember to wash the skin, as bacteria on the surface can be pushed into the fruit with a knife.