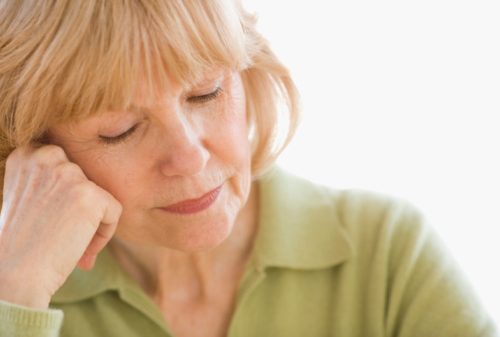 Every one of us feels fatigued, especially after a long day. It is considered a normal occurrence for which rest is the remedy of choice. However, there are some individuals who feel extreme amounts of fatigue on a daily basis that can’t be explained by a medical condition—this is called chronic fatigue syndrome. Since it doesn’t have a definitive association with any preexisting medical condition, it can be difficult to diagnose, but according to a new study, scientists have found biological evidence of a second type of chronic fatigue syndrome that they are calling “atypical.”

Chronic fatigue syndrome also goes by the name of myalgic encephalomyelitis (ME), and more recently, systemic exertion intolerance disease (SEID). The cause of this disorder is unknown, with the dominant symptom being fatigue that may worsen with physical or mental activity and does not improve with rest. You may also experience headaches, muscle pain, and difficulty concentrating. Several theories for its existence have been proposed ranging from viral infections to psychological stress, or a combination of the two. Currently, there is no test to confirm a diagnosis of chronic fatigue syndrome, with doctors mainly using a variety of other tests to rule out other health problems with similar symptoms. Treatment tends to focus on symptom relief.

The researchers of this study who have proposed this “atypical” form of chronic fatigue syndrome go on to say that the symptoms of the classical form of this disorder tend to appear suddenly after a flu-like infection, but atypical cases seem to develop from triggers that occur month or years before symptoms appear. The go on to say the atypical forms of chronic fatigue may also be accompanied by the later development of additional serious illnesses, such as seizure disorders or some cancers.

In the study, cerebral spinal fluid (CSF) samples were taken from 32 patients, some with the classic form of the disorder and other with the atypical form. The researchers said all the atypical disorder case participants had past histories of viral encephalitis, an illness that can occur after foreign travel or after a blood transfusion. The atypical participants later developed illnesses along with their chronic fatigue, such as seizures, Gulf War illness, or cancer.
When compared to those with the classical form of chronic fatigue syndrome, the group with the atypical form had lower levels of immune system molecules. Specifically, they found lower levels of three immune molecules involved in fighting viral infections or certain neurological disorders.

“We now have biological evidence that the triggers for [chronic fatigue syndrome] may involve distinct pathways to disease, or, in some cases, predispose individuals to the later development of serious comorbidities,” said first author Dr. Mady Hornig, director of translational research at Columbia University in New York City.

The study’s results suggest that there are early biomarker profiles that may be detectable soon after the diagnosis of chronic fatigue syndrome, possibly laying the foundation for better understanding of the disorder in hopes of finding a cause and effective treatment in the future.

Related: Feeling exhausted? The reasons why you are feeling tired and tips for boosting energy