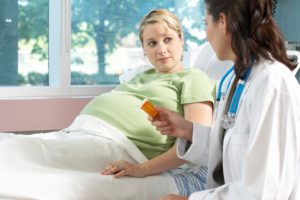 Asthma risk is linked with prenatal exposure to paracetamol – acetaminophen – during pregnancy. Coauthor of the study Maria Magnus commented, “Uncovering potential adverse effects is of public health importance, as paracetamol is the most commonly used painkiller among pregnant women and infants.”

Data was taken from the Norwegian Mother and Child Cohort Study, where researchers compared associations between several conditions during pregnancy and asthma, which developed in 114,500 children. Asthma outcomes were evaluated at ages three and seven. It was found that the association resulted from the common triggers associated with paracetamol use: pain, fever, and influenza.

The research found a consistent link between children having asthma at age three and having been exposed to paracetamol during pregnancy.

The findings revealed paracetamol use as an independent risk factor for asthma in children. Influenza, fever, and pain were all found to be of strong association, too.

This was the largest study of its kind to uncover an association between paracetamol use in mothers and an increased risk of asthma in their children.

The U.S. Food and Drug Administration (FDA) have put out warnings in response to growing concerns regarding the use of pain relief medications during pregnancy. This prompted the FDA to conduct evaluations on available research to assess the risk between the use of over-the-counter pain relievers and pregnancy.

If severe and persistent pain is not properly treated during pregnancy, it has been found to increase depression, anxiety, and high blood pressure, which are all dangerous to the baby and mother alike. Although many over-the-counter pain relievers are available to treat such pain, it’s important to evaluate the risks and benefits.

Some of the findings from the FDA analysis included:

The FDA does recognize in some of the studies they reviewed there were limitations as well as conflicting results. Therefore, the FDA recommends that pregnant women consult with their doctors with regards to the risk associated with pain relievers, and doctors should be mindful of warnings on labels when prescribing medications to pregnant women.

In the meantime, the FDA will continue to follow studies that examine the use of pain medications in pregnant women to determine if their warnings require revision.

Asthma and atopy linked to increased risk of suicide, depression in young adults