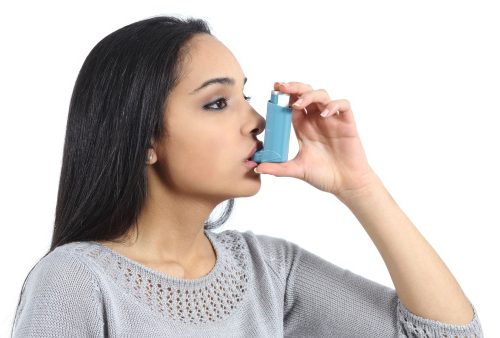 Asthma and atopy is linked to an increased risk of suicide and depression in young adults. Atopy is a genetic predisposition to develop allergies. It is characterized by a heightened immune response towards allergens.

Previous research has found associations between asthma and atopy, and an increased risk of suicide and depression. The researchers at the University of Bristol found the link between pre-defined asthma and atopy with suicide by examining the Glasgow Alumni cohort study, which looked at university student data and smoking habits. The study also provided students’ mental health information as well.

Data was collected from 11,463 participants where 32 suicides were reported. The researchers examined socioeconomic positions and smoking habits with regards to the risk of suicide.

Atopy was more prevalent in females, and asthma was seen higher in males. Females reported greater depression or poorer mental health, compared to males. Further analysis did reveal that students who had a combination of hay fever, eczema, and a family history of atopy had a higher risk of suicide, but the findings are based on a small group.


Previous research on asthma and atopy with suicide risk

Previous research has also found an association between asthma, atopy, and suicide risk. Data from nearly 45,000 participants who were part of the Youth Risk Behavior Survey (YRBS) revealed that those who had a history of asthma were 50 percent more likely to attempt suicide, compared to those without the respiratory condition.

When data were adjusted for other suicide risk factors, the association between asthma and suicide still remained, but was too weak to constitute a statistical significance.

Similar results were also found when the researchers examined the respondents with current asthma. Unadjusted data revealed a high association between suicide and asthma, but it became statistically insignificant once the data were adjusted for other factors.

The researchers note that the questions asked participants only if they had felt sad within a two-week period, and suggest that future studies ask additional questions that cover a broader range of depressive symptoms.

Some findings suggest the opposite, that it is the depression that actually increases the risk of asthma, and not vice versa.

Although researchers are aware that there is some sort of link between depression, asthma, and suicide, the underlying mechanisms behind it still remain very unclear.

Severe asthma is linked to insomnia, sleep duration, and sleep hygiene in adolescents. The findings were published in The Journal of Allergy and Clinical Immunology: In Practice. The researchers aimed to better understand modifiable health behaviors that may relate to asthma control. They highlighted sleep as one of those behaviors, but stated that it typically does not receive that much attention in regard to asthma control. Continue reading…

Asthma and allergies have been linked to a lower brain cancer risk, according to latest findings. The research suggests that asthma sufferers, patients with eczema, and people with allergies are less likely to develop a type of brain cancer known as glioma brain cancer. Continue reading…