Home » General Health » Artificial phosphates in dairy and cereal products may cause spikes in blood phosphorus levels, stress on kidneys 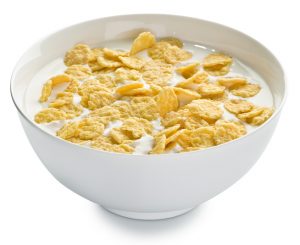 Our two kidneys are vital organs that perform many powerful functions. Most people know that they remove waste products and excess fluid from our body, but they also release hormones that regulate blood pressure, produce an active form of vitamin D, and control the production of red blood cells.

Everything we put in our bodies has an impact on our kidneys, and researchers are saying nowadays we are consuming too much phosphorous.

Phosphorous is a mineral that helps repair tissues and cells. We get the amount of phosphorous we need through our daily diet since it occurs naturally in many protein-rich foods, including meat, eggs, and dairy. The problem is, some food companies add phosphates to the foods they produce as a preservative or flavor enhancer. Over time, this could be putting stress on the kidneys.

According to clinical research conducted at the Houston Methodist Hospital, an increase in the consumption of phosphorous in foods such as cereal, pancake mix, and quick-bread mix could have something to do with the increase in kidney disease. About 13 percent of American adults have chronic kidney disease, which works out to 10 percent or 20 million more people than a decade ago.

During the study, three years of patient data were analyzed. Foods were looked at for phosphate content and blood tests were taken. At the same time, kidney function was tested. Researchers could see that most of the significant increases in blood phosphate levels were in people who had consumed artificially added phosphate.

If a person has kidney disease, their kidneys are essentially damaged and can’t filter blood like they should. The damage can cause waste to build up in the body. Part of the problem is that people may not experience any symptoms until the kidney disease is advanced. As it turns out, there are many Americans walking around with kidney disease and they don’t even know it.

In its advanced stages, there can be a number of unpleasant symptoms, including the ones listed below:

Early detection and proper treatment can slow down the progression of kidney disease. Blood and urine tests are the only way to know if you have kidney problems.

Certain health conditions may increase the odds of developing chronic kidney disease, although adjusting your lifestyle does give you some control over your risk.

The risk of chronic kidney disease is higher if

Vegetable and animal proteins are considered to have organic phosphorous as they naturally contain the mineral. Phosphorous in processed foods is inorganic because it is in the form of preservatives and additives.

Almost every food contains some phosphorous, but foods that are high in protein are also highest in phosphorous. A reduced-protein diet helps limit the amount of waste that builds up in our blood. For example, a substitute for milk would be unfortified rice milk, and instead of ice cream or frozen yogurt, you would turn to sherbet or frozen fruit pops for less phosphorous. All meat choices would have to be lean. As for bread, steer clear of processed varieties like quick breads, muffins, biscuits etc. Go for homemade bread, like refined dinner rolls and English muffins, for instance.

Nutritional labels don’t list whether phosphate is organic or inorganic. The researchers at Houston Methodist Hospital call this an oversight that needs to be changed in order to allow consumers to make more educated selections at the grocery store.