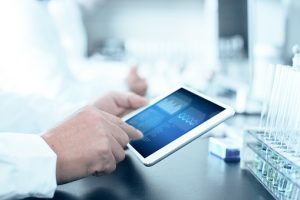 Ovarian cancer is the fifth most common cause of cancer death affecting women. It is estimated that women have a one in 75 chance of getting ovarian cancer in her lifetime with the average age of diagnosis being 63 years old.

Ongoing research from investigators from Brigham and Women’s Hospital and Dana-Farber Cancer Institute has found a new technique to detect ovarian cancer earlier and more accurately. More interestingly is that the team is using artificial intelligence (AI) to do it.

A network of circulating small non-coding pieces of genetic material called microRNAs are associated with an increase of ovarian cancer. Currently, there are no FDA-screening tests for this type of cancer as it is diagnosed in its early stages.

“MicroRNAs are the copywrite editors of the genome: Before a gene gets transcribed into a protein, they modify the message, adding proofreading notes to the genome,” said lead author Kevin Elias, MD, of BWH’s Department of Obstetrics and Gynecology.

Current tests for ovarian cancer, such as detection of protein CA125 and ultrasound, are known for having a high false positive detection rate in the cancers early stages. This new testing method using AI was created as a more sensitive and specific detection tool to help ameliorate this.

The discovery of the importance of microRNA and its presence in the blood is what makes this new technique possible. Normal cells and ovarian cells both have different sets of this found in the blood, making it relatively easy to sort them out for testing.

Feeding data into a computer

The team used blood samples from 135 women to help train a computer program to look for microRNA differences between various cases of ovarian cancer. This also included cases of benign tumors, non-invasive tumors, and healthy tissue.This approach allows the computer to leverage a large amount of data to help develop different predictive models.

“When we train a computer to find the best microRNA model, it’s a bit like identifying constellations in the night sky. At first, there are just lots of bright dots, but once you find a pattern, wherever you are in the world, you can pick it out,” said Elias.


Using AI to look for patterns

Another look at this new test evaluated its ability to predict the diagnosis of 51 patients presenting surgical cases of ovarian cancer in Lodz, Poland. They found that 91.3 percent of abnormal tests resulted in ovarian cancer.

However, negative test results were reliable to predict the absence of cancer in about 80 percent of cases, which is
comparable to the currently used pap smear test.

The researchers are confident that this new test is very unlikely to misdiagnose ovarian cancer, helping to put the minds of at-risk women at ease. The next step is to further refine the predictive model generated by this artificial intelligence program and performing more research to identify how microRNA changes over time.

Ovarian cancer may be prevented by exercise