Home » Health News » Ovarian cancer may be prevented by exercise 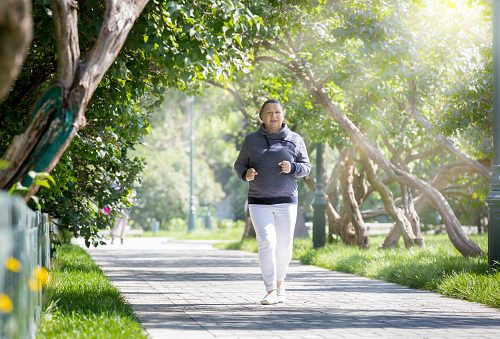 In the first study, researchers analyzed data from over 8,300 women with ovarian cancer and over 12,600 women without the condition. Those who did not partake in regular activity throughout their lives had a 34 percent higher risk of developing ovarian cancer, compared to those who did.
The link between inactivity and ovarian cancer risk was seen among normal weight and obese women.

The second study looked at over 6,800 women with ovarian cancer and found those who were inactive in the years leading up to their diagnosis were 22 to 34 percent more likely to die of ovarian cancer, compared to those women who were active.

First author of both studies Rikki Cannioto said, “While the current evidence regarding the association between different amounts of physical activity and ovarian cancer remains mixed, our findings demonstrate that chronic inactivity may be an important independent risk and prognostic factor for ovarian cancer.”

Less than 45 percent of ovarian cancer patients survive five years. Although the studies did not demonstrate cause and effect, it does reveal that regular exercise can help benefit women and their health.