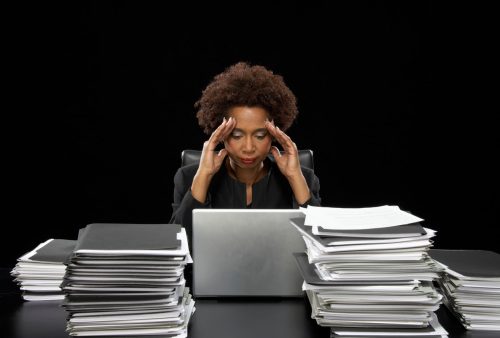 Lead author Allard Dembe said, “Women – especially women who have to juggle multiple roles – feel the effects of intensive work experiences and that can set the table for a variety of illnesses and disability. People don’t think that much about how their early work experiences affect them down the road. Women in their 20s, 30s, and 40s are setting themselves up for problems later in life.”

Men who worked similar hours were found to have better outcomes compared to women, and their results were based on analysis of 7,500 people who were part of the National Longitudinal Survey of Youth.

Women tend to take on greater family responsibilities and are faced with greater stress and pressure, compared to men. Furthermore, women may be less satisfied with their work experience, as they need to balance their work and family obligations.

Companies should be made aware of these health risks, as they could benefit from having healthier, less stressed employees instead of stressed-out sick workers. Flexible schedules and workplace health coaching may be useful tools to address this problem.

The study, however, did not take into account house work hours, so it’s hard to tell the difference between those who consistently worked long hours and those who had busy careers in the beginning but then found themselves with less hours and more free time later on. The researchers recognize that taking these limitations into account could show differences in results. Another factor worth exploring is work schedule flexibility. The researchers believe, working long hours by choice as opposed to being obliged to clock in overtime hours does not affect health outcome later on that much.

Working long hours may seem tempting to rack in more money, but loaded schedules can also take a negative toll on your health. For example, those who work longer hours are often fatter than those who do not. This is because you burn fewer calories while sitting, as opposed to standing. Adding to the sedentary lifestyle problem, research has found that those who sit for long periods of time have a 125 percent higher risk of heart disease and a 50 percent greater risk of death from all causes.

Working long hours can also take a toll on mental health and contribute to depression. Working in a stressful work environment doubles your risk of depression. Other reports suggest, high levels of stress contribute to workplace homicides, and stress over a long period of times contributes to ailments like headaches, body aches, and exhaustion. Furthermore, long-term stress reduces productivity of employees, thus compromising their work.

As you can see, working long hours is causing mass burnouts, which not only affects the employees, but employers, too. As employees take more sick days, productivity decreases, and employers scramble to find other workers to fill positions for those away on long-term sick leave.

Therefore, it is highly important that policies be implemented to protect the health of employees in order to minimize illness and consequentially boost productivity.

Arthritis may be a possible side effect of certain cancer drugs