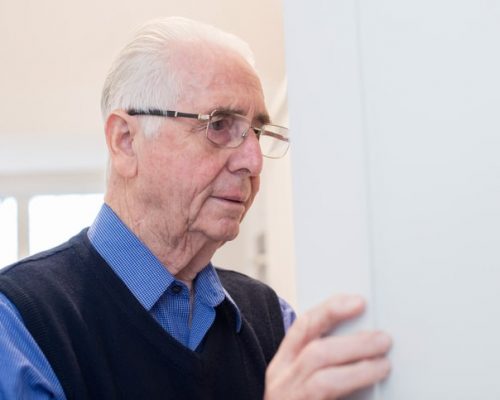 There are currently an estimated 48 million people around the world who suffer from dementia. Due to the rising population of elderly global citizens, this number is expected to more than double over the coming decades.

A study was recently performed at a university in France, which claims that signs of arterial stiffness in patients with mild cognitive impairment could increase the risk of their impairment developing further into dementia. The study was recently published in the American Heart Association journal Hypertension. For their research, the team of scientists examined different aspects of arterial health, including pulse wave velocity and thickness of the carotid artery.

There were 375 study participants considered elderly and already suffering from a mild cognitive impairment. The study had a follow up of almost five years, at which time 28 percent of patients had developed dementia. The risk was highest in the patients with arterial stiffness. Arterial stiffness can cause irregularities in blood flow, and therefore access to oxygen, which can inflict minute injuries on the brain over time. According to the researchers, these brain injuries are what lead to the eventual development of dementia in these patients.

While the stiffening of the arteries does happen naturally with age, some factors can increase the development of the condition, including the build-up of plaque. The researchers identified arterial stiffness using measurements of pulse wave velocity and carotid artery thickness, which helped them to also determine the level of plaque buildup.

“The identification of potential preventive strategies is crucial at early stages,” said Laure Rouch, the study’s lead author. “Identifying [mild cognitive impairment] patients at higher risk of dementia using non-invasive techniques such as pulse wave velocity is a very interesting finding and also means that arterial stiffness may be a therapeutic target to delay or prevent the onset of dementia.”

The researchers are pleased and confident in these results but emphasize the need for future research to confirm that pulse wave velocity is a unique biomarker that can identify mild cognitive impairment patients at a higher risk for dementia. Other researchers have already linked cardiovascular health with brain health and with the development of cognitive impairment.

“Controlling things like blood pressure and preventing vascular disease may not only prevent stroke and heart attack, it could also help prevent dementia,” said Dr. Karen Furie, the neurology chair at the Alpert Medical School of Brown University, who was not involved in the current study. “It’s very important for people to realize that there is that relationship, and what they do to keep their heart and brain healthy may prevent or slow the development of dementia.”
While we cannot control aspects of our biology that are genetic, we can control our diet and the amount of exercise we are doing, both of which are a crucial part of maintaining a healthy lifestyle and decreasing our risk of developing preventable medical conditions.