Home » Colon And Digestive » Are You Getting Burned By Commercial Antacids? 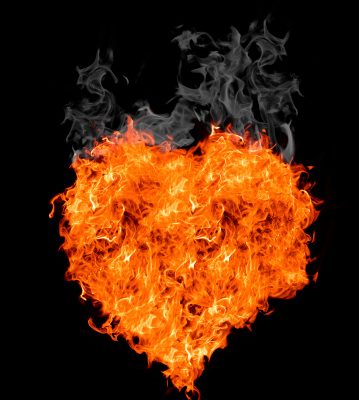 The other night while I was watching TV, a commercial came on showing a man suffering from extreme heartburn. As he lies agonizing in bed, a caped-crusader arrives with the solution: a bottle of antacids. Soon after taking the medicine, the man was dancing next to his favorite delivery men holding pizzas, fried chicken, hamburgers, and nachos. While I had seen this commercial before, I couldn’t help but think about the ridiculous exchange I had just witnessed.

Antacids are popular over-the-counter medications that all but fly off the shelves. If you were to examine sales figures for these common drugs, you might be tempted to conclude that we’re a nation of gastrointestinally-challenged people. Heartburn, sour stomach, indigestion, gastroesophageal reflux disease (GERD), bloating, nausea, belching—they’re all symptoms and complaints that millions of Americans seek to remedy daily by popping antacids. According to estimates, up to a third of all Americans seek relief from acid indigestion and heartburn at least once a month. That’s 100 million people reaching for antacids regularly; some people even take them daily.

But are these common-place pills really helping us solve this epidemic of indigestion, or are they actually doing us more harm than good? That’s a question that doctors are beginning to ask with increasing frequency. While facetious commercials and an over-the-counter status lead many to believe that antacids are a safe quick-fix, many health experts note that the public is largely unaware of the possible side effects of these drugs, especially when taken on a high-dose or long-term basis.


What Do Antacids Do?

Antacids work by neutralizing acid in the stomach, or by reducing its production. But as we work so hard to fight against stomach acid, it’s easy to forget how vitally important stomach acid is for our digestion and good health.

When food enters the stomach, hydrochloric acid is secreted in order to break the food down. The right potency of hydrochloric acid is important, as it allows food to be completely broken down in order to be released, passed along, and absorbed by the intestines for healthy digestion. For this reason, strong stomach acid is critical to the digestive process, and it even serves as a barrier against most infections. In fact, stomach acid is so naturally potent that the body secretes a mucus-like substance to protect the stomach lining from the very acid it produces. Your esophagus (the tube that delivers food from your mouth to your stomach), on the other hand, lacks this protective lining, and must protect itself by closing off the opening between your esophagus and stomach during digestion.

The digestive process is complex, and features many systems designed to ensure its proper functioning. For example, acid secretion is supposed to stop after food empties out of the stomach. One way the digestive system senses that it’s time to shut off the acid is when the stomach expands and is filled with food. But overeating—an unfortunately common habit among North Americans—interferes with this safety mechanism, triggering more acid production. And when you account for yet another common North American habit—continuous and compulsive snacking—acid over-production is driven even more rampantly into overdrive, as food continues to be delivered into the stomach before older contents gets the opportunity to exit. These habits contribute to acid over-production; excessive pressure in the stomach; weakened esophageal muscles, which allow stomach acids to painfully spill up into the chest; excessive gas; burning sensations; sharp abdominal pains, and bloating. In short, these triggers cause you to desperately reach for your trusty bottle of antacids on your bedside table.

Antacids come in two forms. Some (pharmaceutical antacids) inhibit the production of stomach acid, while others (let’s call them chemical antacids) simply neutralize acidity. Pharmaceutical antacids include proton pump inhibitors (PPIs), such as Prilosec®, Prevacid®, Nexium®, and Zantac®. While these are some of the most commonly sold antacids on the market, and many people (especially those suffering from GERD) take these drugs indefinitely, it might shock you to learn that long-term use of PPIs has been linked to a significantly increased risk of bone fracture. This is because PPIs may contribute to the demineralization of bone, a process that renders bones less dense and more likely to break.

This risks of bone weakness, bone fractures and osteoporosis increases the longer a person takes one of these drugs. The problem is, once you start taking them, you may be unable to stop. This is because long-term use of PPIs may also increase levels of an important digestive hormone, called gastrin, which can lead to even worse chronic acid reflux if the drugs are ever discontinued. PPIs can also interfere with the metabolism of other drugs, such as clopidogrel (Plavix®), a common drug for those suffering from heart disease.

Additionally, since PPIs interfere with the production of stomach acid, emerging evidence suggests that other health harming consequences may result. Creating a low-acid environment in the stomach leads to improper digestion and allows foods that have not been completely digested to pass through into the blood stream. This could also lead to food intolerances and allergic reactions. The undigested food passing through the intestine can lead to those well-known symptoms of gas, bloating and diarrhea. More severe side-effects have been linked to an increased risk of infection with C. difficile, which can cause potentially life-threatening diarrhea. Low-acid also appears to increase the risks of serious infections, including respiratory tract infections that may lead to pneumonia.

Chemical antacids—which aim to neutralize stomach acids rather than stop their production altogether—include a broad array of products such as Alka-Seltzer®, Tums®, Rolaids®, Pepto-Bismol®, among many other recognizable brands. However, overuse of these products carries a host of other alarming consequences. These include over-accumulation of calcium and/or sodium (which can trigger kidney stones, intestinal distress, excessive urination, fatigue, depression, or an inflamed pancreas); aluminum toxicity (which can cause disturbed sleep, headaches, memory loss, impaired cognitive function, weakened bones, or digestive problems); constipation, and even diarrhea.

While many people take antacids to alleviate painful stomach symptoms, the problem is that they’re not aware that these very solutions can be worsening the initial problem. While antacids help to reduce short-term symptoms, they actually hinder digestive health in the long run. The overuse of antacids results in harmful gastrointestinal side effects that, in many ways, can make the cure worse than the disease.

While people reach for antacids to treat a broad range of symptoms, the underlying conditions that lead to these symptoms may vary. Peptic ulcers, one cause of chronic heartburn, needs to be treated professionally. Other conditions, such as GERD, may warrant a doctor’s care. While antacids are safely prescribed under certain conditions, it is often better to try different approach first, in order to achieve safe and sustainable relief from your symptoms for good.

For example, although most of us already know it and probably don’t want to face it, one of the first and most successful lines of defense against indigestion lies with one of its most common causes: a poor diet. Other lifestyle factors, such as eating too much, or eating too close to bedtime, may also play a role. Try switching to a diet that’s heavy on fruits, vegetables, nuts, fish, and lean protein. Avoid added sugars, excess alcohol and fried foods. Elevating your head while sleeping may also help control GERD symptoms. Emerging evidence suggests that natural antioxidant compounds in certain plant foods such as olives and olive oil, turmeric, peppermint, or ginger may additionally help reduce indigestion among people who frequently suffer from the condition.

It may also be helpful to rule out intolerance to foods, such as gluten (a protein in wheat and a few other grains) or lactose (a natural sugar in milk and some milk products). Although still controversial, many experts believe a condition dubbed nonceliac gluten sensitivity may account for a rising number of cases of indigestion among people who fare better on a gluten-free diet.

Without a doubt, dietary and lifestyle changes are difficult, which makes pills that promise a quick fix that much more enticing. But digestive problems like heartburn are your body’s way of telling you that you are doing something wrong. Instead of masking your body’s warnings, perhaps it’s time we started listening to them instead.

What does green poop mean? Causes and treatment for green stool