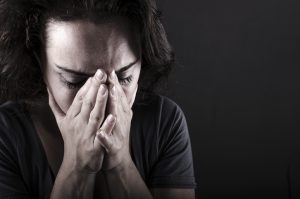 Some behavioral science experts now believe that heart disease patients should be examined closely for signs of anxiety and depression, as new evidence suggests it can be linked to a higher risk of stroke and death in this group of people.

New research published in the Journal of the American Heart Association shows that people with heart disease who suffer from anxiety have twice the risk of dying, compared to those without anxiety. Furthermore, the report states, patients with both anxiety and depression are at triple the risk of dying.

During the study, Duke University experts looked at over 900 heart disease patients, measuring their level of anxiety and depression before or after a cardiac procedure. People had anxiety if they scored eight or higher on a special scale made up of various anxiety characteristics. Each item was rated from zero to three. Depression was measured using a similar scale. Researchers took age, heart condition, and other disease factors into account. They found that 90 patients experienced anxiety only, 65 were depressed, and 99 suffered both anxiety and depression. Among the 133 people who died during the three-year follow-up program, 55 suffered from anxiety, depression, or both, and the majority of deaths (93) were heart-related.

Cardiac specialists say anxiety increases activity of the sympathetic nervous system that controls blood pressure. Meanwhile, depression leads to poor behavior such as forgetting to take medications or smoking and being less active. High blood pressure and depression can lead to stroke and/or heart attacks.

The authors of the study suggest that patients with both anxiety and depression may require more medical intervention, including frequent monitoring and encouragement to maintain a healthy lifestyle, which involves eliminating bad habits and incorporating healthy lifestyle adjustments.

Now you might be wondering, can anxiety cause stroke? What we can tell you is that in studies independent of other factors such as depression, it appears that even modest increases in anxiety were linked to a greater risk of having a stroke.

In one study, researchers looked at a group of about six thousand people aged 25-74 over a 22-year period. They were interviewed and had blood tests, physical exams, as well as a psychological examination. The research team then tracked strokes and found that people in the highest third of anxiety symptoms had a 33 percent higher stroke risk than those with the lowest levels of anxiety. The experts believe that while we all have anxiety from time to time, people who have elevated anxiety and/or chronic anxiety could experience a vascular reaction years later.

Stroke is the number four killer in the United States and a leading cause of disability. According to the Centers for Disease Control and Prevention, approximately 130,000 Americans die each year as a result of having a stroke.

Anxiety signs that are similar to stroke

Anxiety disorders are the most common mental illness in the United States. Many people are familiar with the symptoms that accompany anxiety, and while those symptoms can vary from person to person, the reality is that these signs can often mimic the signs and symptoms of a stroke.

It’s important to understand what could be mistaken for anxiety may actually be the first sign of a stroke. Below is a list of anxiety signs similar to stroke.

Tingling and numbness: Anxiety can cause the body to release adrenaline, leading to fast heartbeat, constricted blood vessels, and muscle contractions. This can impact blood flow to the hands and feet, causing a feeling of tingling or numbing. Stroke can also cause a sudden numbness or weakness in the hands, arms, or legs.

Vision problems: When we’re feeling anxious, our pupils can dilate, which can increase sensitivity to light and lead to eye strain. During a stroke, damage to brain cells can cause visual disturbances, including decreased vision or even double vision.

Headaches: As hormones get released during periods of anxiety, they can cause muscles to contract. This tension can lead to neck, shoulder, and back pain, or even headaches. During a stroke, a lack of oxygen to the brain can trigger a headache.

Difference between anxiety symptoms and stroke

Only a doctor can tell you whether you are experiencing a stroke or having an anxiety attack, but generally speaking, there are a couple ways to tell the difference.

Both anxiety attacks and strokes can be sudden, but strokes are almost always instant. Panic or anxiety attacks peak about 10 minutes into the attack and then start to slowly fade. In the case of a mini-stroke, symptoms occur immediately.

One thing that anxiety doesn’t normally cause is paralysis. Sure, being anxious can make it more difficult to get around, especially if you are feeling weak. However, with a stroke, it is common to lose the ability to move certain muscles. Facial paralysis, where part of the face falls, is a symptom of stroke.


Tips to manage and cope with anxiety

Anyone who has had an anxiety attack will likely tell you that it is not a pleasant experience. It can be scary and disabling, but there are ways to manage anxiety.

Often times, when a person suffers a cardiac episode, the focus is on their physical health both immediately after the attack and in the following months, but the latest research linking anxiety to a greater stroke risk in those who have heart issues seems to suggest that there is a strong need to treat both the physical and psychological health of the patient. Today, more and more medical experts agree that the mind-body connection is a very strong one.

Depression after a heart attack: Exercise and smoking cessation may help treatment