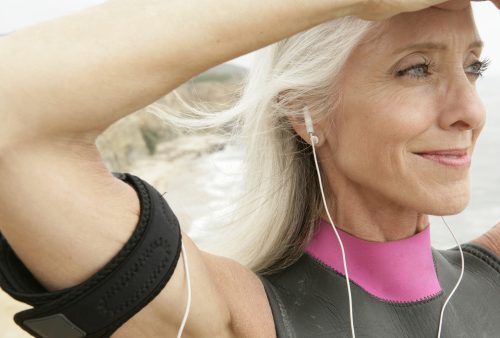 Dr. Gregg Fonarow reviewed the studies findings and explained, “Depression and physical inactivity have been shown to be associated with increased risk of cardiovascular events. Although associations [in the study] were found between depression and artery function, which was improved in people who exercise regularly, additional studies are needed before we can conclude that exercise reduces heart disease risk in those with depression.”

Previous research has found that depression not only increases the risk of heart disease but can contribute to other health complications as well.

Nearly 20 percent of heart attack patients who are hospitalized are depressed and patients with heart disease have a greater risk of depression compared with the general public.

For the recent study researchers recruited nearly 1,000 people. At the time of the study all participants were free of heart disease and were not diagnosed with a mental disorder. Questionnaires were completed which asked participants about their physical activity and questions regarding depression. Other indicators of heart disease were evaluated as well.

Research lead Dr. Arshed Quyyumi said, “This research also demonstrates the positive effects of exercise for all patients, including those with depressive symptoms.”

Heart disease can play a role on mental health and can be heavily influenced by lifestyle and environmental factors. Samantha Heller from New York University Medical Center added, “The human body is designed both physically and biochemically to move. When we exercise these systems jump into gear to adapt to the challenges presented, such as increasing stamina, strengthening muscles and bones, improving mood and reducing anxiety.”