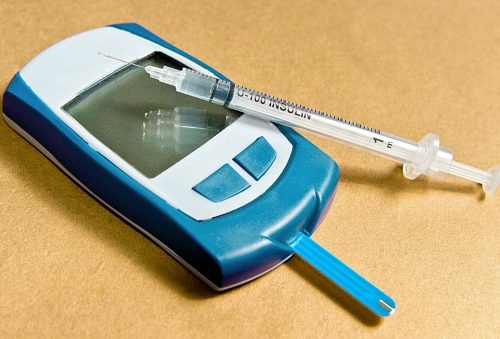 Inflammatory bowel disease (IBS) has recently been linked to the use of an anti-diabetic drug known as dipeptidyl peptidase-4 inhibitors in a new study released recently. According to the researchers, the increased risk of IBS associated with the drugs was relatively low and their research needs to be replicated before the results can be verified.

The use of dipeptidyl peptidase-4 inhibitors to treat type 2 diabetes is a recently developed practice and the effects of the drugs are not fully known. They work by inhibiting the DPP-4, which plays a role in the regulation of gut hormones as well as inflammatory response. Understandably, the researchers found a slightly increased risk of developing IBS in type 2 diabetes patients, considering IBS is known for causing inflammation in the gastrointestinal system as well as bloating and pain in the stomach.

The study involved 141,170 patients 18 years of age or older and they were monitored for an average of three and a half years. The researchers found that the longer the patients took the dipeptidyl peptidase-4 inhibitors, the higher their risk became for developing IBS.

“Although our findings need to be replicated, physicians should be aware of this possible association and perhaps refrain from prescribing DPP-4 inhibitors for people at high risk, such as those with a family history of disease or with known autoimmune conditions,” write the researchers.

The FDA has also issued several warnings about the use of DPP-4 inhibitors in treatment of type 2 diabetes. They classify the medication as being used with the proper diet and exercise to control high blood sugar. The medication works by helping the body’s natural production of insulin after eating.

The first warning from the FDA cautions users about the potential for developing severe joint pain with prolonged use of the DPP-4 inhibiting medication. If patients experience sudden or severe joint pain in conjunction with the use of the medication, they should contact their doctor immediately, advises the FDA. They also caution health care practitioners from prescribing the medicine to patients with previous medical history of joint pain. Patients noted joint pain as soon as one day after beginning the medication to as late as one year after they began taking it. All patients showed subsiding of the pain when they discontinued use.

The FDA also warns patients about the increased risk of heart failure that is caused by the DPP-4 inhibitors. This is most often found in patients who have a history of cardiac conditions or kidney disease. Patients are advised to contact their medical services should they experience any of the following symptoms: “unusual shortness of breath during daily activities, trouble breathing when lying down, tiredness, weakness, or fatigue, or weight gain with swelling in the ankles, feet, legs, or stomach.” Patients are also advised to immediately discontinue use of the drugs in the case of the above symptoms.

This common drug could be putting your bones at risk