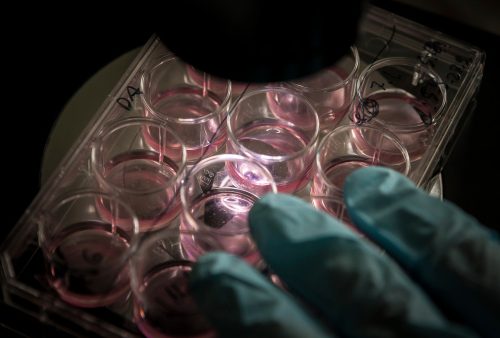 The unique metabolism of pancreatic cancer cells makes them a potential target for metformin, a drug commonly used to treat diabetes. Until very recently, it was believed that cancer cells relied on glycolysis, a type of metabolism that does not use oxygen, to generate their energy. However, scientists from the Spanish National Cancer Research Centre (CNIO) in Madrid and the Queen Mary University of London’s Barts Cancer Institute, have recently discovered that there could be another type of metabolism for certain cancer cells.

For example, pancreatic cancer stem cells (PancSCs) use a more efficient form of metabolism, called OXPHOS (oxidative phosphorylation). This oxygen-based metabolism uses a part of the cell called mitochondria for generating energy. The team believes that by targeting the mitochondria with the anti-diabetic drug, metformin, they can effectively suffocate the pancreatic cancer stem cells.

As some PancSCs are more flexible in their metabolism, they are able to escape the suffocating tactics of the diabetic drug. This is one of the pancreatic cancer risk factors for relapse.  When the researchers discovered this loophole, they found a way to prevent such resistance and force all PancSCs to keep using OXPHOS.

The team believes that the positive results of their discovery could open up avenues for developing treatments that stop the stem cells from using oxygen. They are extremely positive that by doing so, they can prevent cancer from returning after conventional treatment. A clinical trial is planned for later next year.

According to the first author of the study Dr. Patricia Sancho, the team might be able to exploit the cancer stem cell’s reliance on oxygen by targeting them with available drugs. By cutting of the energy supply, they can effectively kill the cancer.

Because of its tendency to cause symptoms and trigger diagnosis only at a late and advanced stage, pancreatic cancer is still one of the most difficult cancers to treat. In fact, many patients succumb to the disease within a year of diagnosis. The need of the hour is to find new treatment strategies.

Even though they make up only a small proportion of the tumor, PancSCs have the potential to make new tumors, even if all the other cells are killed, and are prone to spreading around the body. The team is convinced that PancSCs reliance on targetable mitochondria might provide an important clue to future treatments.