Home » General Health » Anorexia nervosa may be linked to our genes: Study 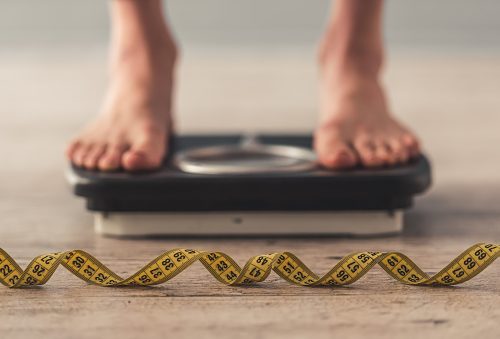 Consuming food on the daily is necessary, as basic nutrition is required by the body in order to live. Skipping meals often makes us feel sluggish and tired, causing our stomachs to growl while we look for our next meal. However, there are people out there who choose to avoid food in an attempt to stay skinny—they have a condition called anorexia nervosa. This condition is commonly seen in young women who feel that they need to stay thin to be attractive, but this disease affects the elderly as well. It is currently estimated that 78 percent of deaths caused by anorexia occur among the elderly. Most medical professionals attribute this condition to psychological abnormalities, but according to new research, the illness may be linked to genetics as well.

Anorexia nervosa is characterized by low body weight, an intense fear of gaining weight, and body dimorphism—viewing yourself as overweight or unattractive despite what others say. These individuals usually restrict the amount of food they eat, purge after eating, or misuse laxatives, diet aids, diuretics, or enemas. However, in the elderly population, the desire to eat diminishes with age, leading to the condition. This can lead to malnutrition, the progression of chronic illness, and other health issues.

Researchers at the University of North Carolina School of Medicine have conducted the most powerful genetic study of anorexia nervosa to date. The study in question involved a genome-wide analysis of DNA from 3,495 individuals with anorexia and 10,982 without.
“We identified one genome-wide significant locus for anorexia nervosa on chromosome 12, in a region previously shown to be associated with type 1 diabetes and autoimmune disorders,” said lead investigator Cynthia Bulik, Ph.D.

Anorexia was thought to be genetically linked to neuroticism and schizophrenia, as it is a psychiatric illness. The new data, however, sheds new light on the condition and suggests that strong genetic correlations with various metabolic features, including body composition (BMI) and insulin-glucose metabolism, may be encouraging factors that increase the risk.

This information may provide a new viewpoint on how to tackle anorexia nervosa in patients going forward. Viewing the disease as both a psychiatric and metabolic condition could help reevaluate medications used for treatment as well as aid in the development of new ones.

Anorexia nervosa, bulimia nervosa, may be caused by altered function of neural circuitry