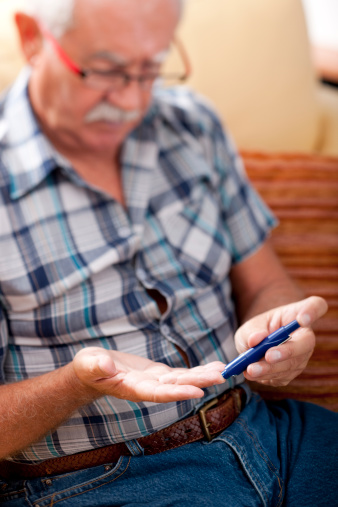 What if you were told that you could eat sugar again? After living for years under the influence of diabetes, could it be possible that you were diagnosed with the wrong condition? According to recent findings, a misdiagnosis of Type 1 and Type 2 diabetes has become surprisingly common.

A New Trend in Diabetic Diagnosis

The Royal College of General Practitioners in England recently released a report that suggests that many people are diagnosed with the wrong type of diabetes and have been undergoing the wrong treatment. The study involved five general practitioner offices in Surrey, England. The report also states that diabetes is an increasingly complex condition, which makes accurate diagnose more tricky.

There are two types of diabetes – Type 1, also called “juvenile diabetes,” and Type 2, known as “adult onset diabetes”. As the names suggest, the difference between the two types is that Type 1 often manifests during childhood, as the body is unable to produce insulin, while Type 2 often develops later in life, due to lifestyle factors such as obesity, high blood pressure, high cholesterol, and others. It is also important to note that both types of diabetes have very different treatment processes.

While some of the errors can be put down to mistakes made while recording information, others are due to a lack of understanding between doctors and other staff. One of the biggest misconceptions among medical professionals is that a diabetes type diagnosis may be changed from a Type 1 status to Type 2 status once the patient is put on insulin. This common yet misguided practice can have a serious impact on a patient, as insulin usage guidelines vary significantly between the two types of diabetes.

Dr. Pal Kalsi, clinical advisor at Diabetes UK, says that the new report “draws attention to the serious issue of misdiagnosis, classification, and coding of Diabetes in the UK.” However, this misdiagnosis trend is not unique to England. Robin Goland, co-director of the Naomi Berrie Diabetes Center in New York, says that most of her Type 1 diabetes patients are misdiagnosed with, and receive treatment for, Type 2 diabetes.

The Risk of Misdiagnosis and Incorrect Treatment

Misdiagnosis is extremely dangerous for diabetic patients. In fact, it can even be lethal, as the insulin responses for both types of diabetes are different and consequently require different treatment methods. A Type 1 diabetic must take insulin because their own body cannot produce insulin on its own, leading to blood sugar imbalances. Type 2 diabetics, however, must attempt treatments that involve lifestyle changes, such as losing weight, healthy eating, etc. This is because blood sugar imbalances in a Type 2 diabetic are due to a developed insulin resistance rather than an insulin production issue, which is possible to reset through different means.

Since diabetes is such a complex disease, it is extremely vital that people are properly diagnosed. Failure to diagnose someone early on, or to provide them with the appropriate treatment, can lead to complications such as heart attacks, strokes, amputation, and blindness. Highlighting this inefficiency will allow medical professionals to tackle the problem by ensuring general practitioners, nurses, doctors and clinicians have access to better guidelines and support for diagnosing diabetes.

Diabetic patients all around the globe may have been affected by this trend of misdiagnosis. An excellent way to tell if your diagnosis was correct is to analyze whether or not you have been responding well to the doctor’s prescribed treatment. If not, tell your doctor immediately and get yourself diagnosed again. You may even find that you are free to eat all the sugar your heart desires.

Related Reading: Turning 50? You could be at risk for diabetes