Home » Diabetes » Turning 50? You could be at risk for diabetes 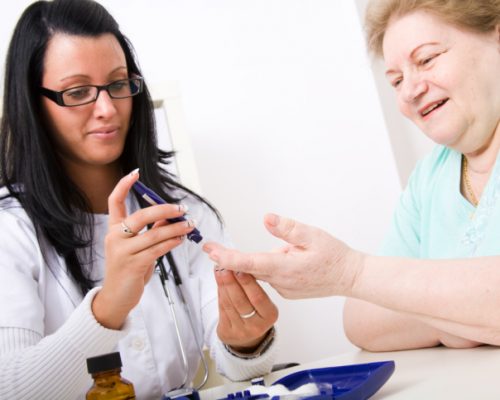 Getting older has its pluses – life experience, wisdom, longstanding relationships. Our senior years can be fulfilling ones. But the other side of that coin is we’re more prone to chronic disease because of our aging bodies. There’s the wear and tear of time, and the cumulative result of not-so-healthy habits we may have followed over many, many years.

We’re at higher risk of heart disease and stroke, the leading cause of death, vision and hearing loss, and bones and joint deterioration. But one of the most common problems today in America is diabetes.

If you look at new onset diabetes and what that means for the health of our population, about 40 percent of adults ages 40 to 74 – or 41 million people – have pre-diabetes, a condition that raises a person’s risk for developing type 2 diabetes, heart disease and stroke, according to the National Institutes of Health (NIH). Diabetes age statistics are grim for people nearing their 50s, looking forward to health and relaxation in their retirement years. 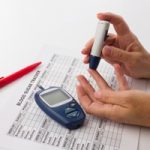 A 2014 report published in the National Diabetes Statistics Report estimated that the number of diagnosed and undiagnosed diabetes cases in the U.S. is at 29.1 million – or 9.3 percent of the population. The trouble is, too, that an estimated 27.8 percent of those fall into the undiagnosed category, either from lack of resources or the inability to obtain such resources.

Early detection is paramount for taking steps to turning your health around, because diabetes can put you at higher risk for numerous other problems, such as heart disease, stroke, kidney disease, blindness, nerve damage, and circulation issues that may lead to amputation. People with type 2 diabetes also have a greater risk for Alzheimer’s disease.

The population group with the highest prevalence of diabetes is seniors – 11.8 million seniors have diabetes with or without the formal diagnosis, according to the study.

Notice these changes? Could be diabetes symptoms 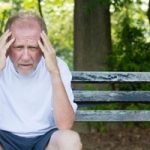 Diabetes symptoms may include the following. If you are experiencing some of these, see your doctor to get checked out. There are several blood tests they can order to help with a diagnosis.

Increase in thirst: The body is trying to replace lost fluid.

Frequent urination: The kidneys try to release the extra glucose, so an increase in urination occurs.

Wounds healing slower: Blood vessels become damaged due to the increase of sugar in the blood, causing wounds to heal slower.

Irritability: Lack of sleep can lead to irritability

Increase in infections: Too much sugar in the blood causes damage to the blood vessels, leading to longer healing times for wounds.

Weight loss: The body thinks it is starving because the cells cannot receive the necessary energy they require. Therefore, protein and muscle start to get used up by the body as energy, which contributes to weight loss.

Hunger: Because sugar is always rising and crashing, your body sends a single of hunger to replenish low blood sugar.

Impaired vision: Sugar in the blood can cause the eyes to change the shape of their lenses, therefore leading to impaired vision. This is reversible once diabetes is under control.

Our bodies change the food we eat into glucose. Insulin helps glucose get into our cells so it can be used to make energy. If you have diabetes, however, your body may not make enough insulin, may not use insulin in the right way, or both – which can cause too much glucose in the blood.

There are two kinds of diabetes that can happen at any age:
In type 1 diabetes, the body makes little or no insulin. This type of diabetes develops most often in children and young adults.

In type 2 diabetes, far more prevalent and most common in middle age, the body makes insulin, but doesn’t use it the proper way. It’s often called adult-onset diabetes. As we’ve said, new onset diabetes usually happens at around age 50 but often goes undiagnosed. Your chance of getting type 2 diabetes is higher if you are overweight, inactive, or have a family history of diabetes. 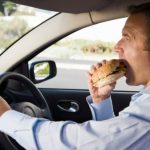 Lifestyle changes for coping with diabetes starts with a healthy diet of fresh, whole foods. Fill half your plate with vegetables and eat more lean proteins and whole grains like wild rice and quinoa. Healthy eating is also one of the most recommended lifestyle changes to prevent type 2 diabetes in the first place.

While you should make your local farmer’s market your friend, there are certain foods to avoid for better blood sugar control:

Avoid added sugars. Cakes, candies and sugary beverages – quit your soda habit! – are a good place to begin. While produce and dairy have their natural sugars, there are so many added sweeteners in many foods. Read food labels and shop accordingly.

Limit processed foods. Hidden sugars, fillers and ingredients you can’t pronounce? Processed packaged foods are convenient, but they don’t do much for your health. Limit your trip to the drive-thru window to an occasional stop.

No more deli meat. One of the worst proteins you can eat is deli meat with its high amounts of fat and sodium. 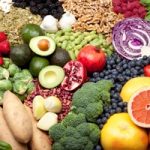 Type 2 diabetes can easily be prevented, research shows, with the right lifestyle changes. One landmark study published in the New England Journal of Medicine found that lifestyle changes were more effective than medication. In this four-year study, 3,234 participants (average age 51) who were non-diabetic but had slightly elevated levels of blood sugar were divided into three groups. The first group was given a placebo, the second group was given a blood sugar-controlling drug – Metformin, twice daily. The third group followed lifestyle changes that included a low-calorie, low-fat diet and moderate exercise (brisk walking for 20 minutes daily).

What does this tell you?

Learning new behaviors and changing old ones are the lifestyle changes to prevent type 2 diabetes. Take small steps with these objectives in mind:

Remember, if you’re approaching middle age, you want to take action right now. The odds of developing diabetes are stacked against you – but if you’re living a healthy, active life and eating right, this disease is preventable. Make lifestyle changes to prevent type 2 diabetes your health priority.

We all know that diabetes is a disease where there is excess sugar in the blood. Why is it there? How can I prevent it? Why does everyone not get it? All good questions. And I’ll try and answer all of them here. Find out more.

It seems like there’s not enough time in a day to get everything we need to do done. So instead of putting tasks off until tomorrow, we stay up later, encroaching on our sleep time. It may not seem like a big deal now to skimp on some shuteye, but over time, this has a negative impact on your weight and your metabolism. Those are two health indicators you want to stay on top of. Read more here.

Diabetic neuropathy: Natural remedies and TLC
Numbness or tingling in your legs or feet? Are you more sensitive to touch these days? If you’re diabetic, these are symptoms of diabetic neuropathy. The condition is a type of nerve damage caused by high blood sugar. It can injure nerves throughout the body, but it’s most common in your extremities, so hands and feet, for … Read more

The buzz surrounding quinoa (pronounced KEEN-wah) doesn’t seem to be slowing down. Quinoa has been hailed a superfood and for good reason, too. Its high protein and fiber content, along with being gluten-free, has given it quite the star power. Continue reading…