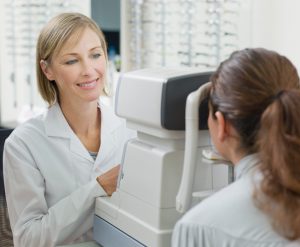 Even though Alzheimer’s has become much more prevalent in the older population over the last several decades, the condition is still one of the most difficult for doctors to diagnose. The rate of diagnosis for dementia is expected to rise from the current 46 million adults it currently affects to 131.5 million by 2050. Alzheimer’s is the most common form of dementia.

A new study may have found a new connection between Alzheimer’s and several degenerative eye conditions that could help medical practitioners identify dementia before it has progressed too far. The eye diseases are age-related macular degeneration, diabetic retinopathy, and glaucoma. Since Alzheimer’s and dementia are so prominent, finding any signs that could lead to early detection or prevention is crucial before the rate of diagnosis increases so drastically in the coming decades.

The study focused on 3,877 randomly selected participants over the age of 65 who did not have dementia at the outset of the data collection period. By the end of the follow up period, 792 cases of Alzheimer’s were confirmed by dementia experts. The researchers found a link between the three eye conditions and likelihood of developing dementia. Those who suffered from age-related macular degeneration, diabetic retinopathy, or glaucoma were 40 percent to 50 percent more likely to be diagnosed with dementia by the end of the study period when compared to the control group of participants who did not have any of these conditions.

The researchers went on to say that anything affecting the eye is no doubt also affecting the brain, as the eye serves as an extension of the central nervous system. They explained that fully understanding the mechanisms that link the eye and the brain, as well as the neurodegeneration experienced in the eye with age could unlock some answers about the development or cause of dementia and Alzheimer’s.

“What we found was not subtle,” said Dr. Paul Crane, another of the study’s authors. “This study solidifies that there are mechanistic things we can learn from the brain by looking at the eye.” The findings clearly showed that the increased risk of dementia was directly linked to the ophthalmic conditions these patients exhibited and not to any age-related decline in health. This may bring light to a new area of study outside of the brain tissues that researchers can focus on in the future to further develop treatment and prevention methods for dementia. Additional studies will be needed to verify these results and dig deeper into what they could mean for dementia patients.