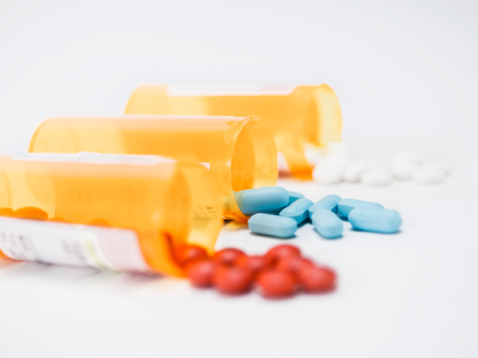 The drug works on the molecular level, stopping the first step in the molecular cascade that leads to cell death in the brain. This process – known as primary nucleation – creates clusters that are highly toxic to nerve cells and believed to contribute to Alzheimer’s disease.

Senior author Michele Vendruscolo said, “The body has a variety of natural defences to protect itself against neurodegeneration, but as we age, these defences become progressively impaired and can get overwhelmed. By understanding how these natural defences work, we might be able to support them by designing drugs that behave in similar ways.”

For years, researchers have attempted to develop treatment for Alzheimer’s disease, but much was still unknown about disease development. Vendruscolo added, “In order to block protein aggregation, we need accurate understanding of exactly what is happening and when. The test that we have developed not only measures the rates of the process as a whole, but also the rates of its specific component sub-processes, so that we can reduce the toxicity of the aggregates rather than simply stopping them forming.”

Coauthor Chris Dobson added, “Even if you have an effective molecule, if you target the wrong step in the process, you can actually make things worse by causing toxic protein assemblies to build up elsewhere. It’s like traffic control – if you close a road to try to reduce jams, you can actually make the situation worse if you put the block in the wrong place. It is not necessarily the case that all the molecules in earlier drug trials were ineffective, but it may be that in some cases the timing of the delivery was wrong.”

Alzheimer’s disease cases are expected to rise, so preventative treatments are a viable means to reduce these cases in order to alleviate the burden on healthcare systems worldwide.

A cancer drug has been shown to rewire the neurons affected by Alzheimer’s disease or dementia in order to sharpen memory. Lead author Kasia M. Bieszczad said, “Memory-making in neurological conditions like Alzheimer’s disease is often poor or absent altogether once a person is in the advanced stages of the disease. This drug could rescue the ability to make new memories that are rich in detail and content, even in the worst case scenarios.”

The cancer drug being studied is typically used to stop healthy cells from becoming cancerous. The drug affects the brain by making neurons more plastic, which creates better connections and boosts memory. Rats that were given the drug had improved memory based on what they had learned from the researchers, compared to rats that did not receive the drug.

Furthermore, the rats were more attentive to what they were being taught, which is essential for humans because sound and signaling are critical forms of communication and learning.

Bieszczad added, “People learning to speak again after a disease or injury as well as those undergoing cochlear implantation to reverse previous deafness, may be helped by this type of therapeutic treatment in the future. The application could even extend to people with delayed language learning abilities or people trying to learn a second language.”