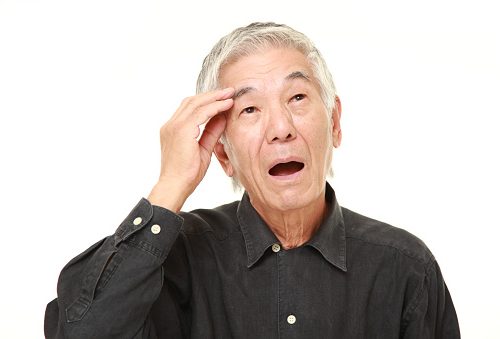 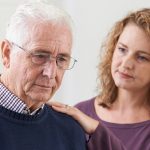 A new study suggests that stress experienced by the elderly increased the risk of mild cognitive impairment – a precursor to Alzheimer’s disease. The findings revealed that stressed elderly were twice as likely to become impaired compared to those who were not. Fortunately stress is a preventable and treatable condition revealing that it is possible to delay MCI in the elderly as long as they work on reducing stress.

First author, Mindy Katz, added, “Perceived stress reflects the daily hassles we all experience, as well as the way we appraise and cope with these events. Perceived stress can be altered by mindfulness-based stress reduction, cognitive-behavioral therapies and stress-reducing drugs. These interventions may postpone or even prevent an individual’s cognitive decline.”

The researchers examined data collected from 507 people from the Einstein Aging Study (EAS) who were over the age of 70 and lived in Bronx County, NY. The participants underwent annual assessments to determine cognitive impairment and function.

The EAS developed the Perceived Stress Scale (PSS) to help measure stress as perceived over a time period.

Seventy-one participants were diagnosed with aMCI and the researchers noted that the greater the level of stress a person had was the higher the risk of developing aMCI. To confirm their findings the researchers accounted for other conditions like depression and they found that depression did not play a role or show a relationship as much as stress and MCI did.

Previous research has found that Amnestic mild cognitive impairment doubles the risk of death. The researchers looked at 733 older adults who were all evaluated at baseline for cognitive ability. They were also tested for the APOE-4 gene variant which is a known factor to increase the risk of Alzheimer’s disease.

Senior author, Richard Lipton said, “”While there is no treatment for MCI, dementia or Alzheimer’s, these findings support the benefits of early detection and monitoring of cognitive impairment in order to prolong life.”

Effect of stress on memory and other cognitive functions

All of these studies point to stress impairing our cognitive function in alternative ways. Whether stress was induced for a short period of time, or chronically, it is clear that stress works negatively on our brains and can lead to cognitive impairment. 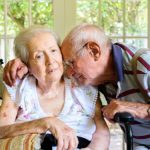 Currently mild cognitive impairment cannot be reversed or cured but rather it can be slowed down. A common form of treatment for MCI is to prescribe common Alzheimer’s drugs but numerous clinical trials have not shown much benefit from this practice.

Adopting a healthy lifestyle could be beneficial for someone living with MCI in order to better manage symptoms. Smoking should be stopped and alcohol consumption should be minimized as both substances can have negative affects on the brain. Exercise, too, has been shown to protect the brain against dementia along with eating a healthy diet.

Managing other medical conditions can also be beneficial in managing MCI like reducing blood pressure and cholesterol or managing diabetes.

Other tips to help manage MCI in the elderly include:

By following these tips and working closely with your doctor you can have better success in managing MCI and slowing your risk of dementia.

It’s time to spill the beans. While millions of coffee drinkers around the world are happy to reach for their morning brew, new research suggests too much can lead to cognitive impairment. Mild cognitive impairment (MCI) is considered an early symptom of Alzheimer’s disease and dementia. There is currently no treatment or cure for Alzheimer’s and dementia. Continue reading…

As you get older you may be asking more questions such as where did I put my keys? What’s their name again? And you might be investing in happy belated birthday cards. These tend to be minor bouts of forgetfulness that we experience with age. Continue reading…