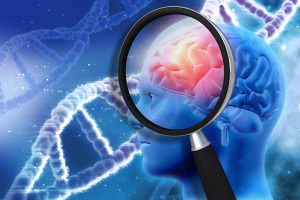 Alzheimer’s disease preventable in one out of every three cases worldwide, according to research. The study found that one-third of Alzheimer’s cases result from lifestyle factors that are modifiable, including physical inactivity and lack of education. The new study also found that many of the previously outlined risk factors were actually related to one another. For example, diabetes, hypertension, and obesity are associated with physical inactivity, which are all related to the level of education attained

Current estimates reveal that by 2050 over 106 million people will be living with Alzheimer’s disease, whereas in 2010 only 30 million people were affected by this cognitive condition.

Alzheimer’s disease results from a combination of genetic and lifestyle factors. Lack of exercise, smoking, poor educational attainment, and depression are considered among the greatest factors, which can be targeted in order to reduce one’s risk of Alzheimer’s disease.

The seven highlighted risk factors include diabetes, midlife hypertension, midlife obesity, physical inactivity, depression, smoking, and low educational attainment. The researchers suggest that reducing each risk factor by at least 10 percent could lower the prevalence of Alzheimer’s disease in 2050 by 8.5 percent or prevent nine million cases.

Study lead of the 2011 study and coauthor of the more recent study Dr. Deborah Barnes said, “It’s important that we have as accurate an estimate of the projected prevalence of Alzheimer’s as possible, as well as accurate estimates of the potential impact of lifestyle changes at a societal level. Alzheimer’s disease is placing an ever increasing burden on health services worldwide as well as on both patients and their carers. Our hope is that these estimates will help public health professionals and health policy makers design effective strategies to prevent and manage this disease.”

Professor Brayne added, “Although there is no single way to prevent dementia, we may be able to take steps to reduce our risk of developing dementia at older ages. We know what many of these factors are, and that they are often linked. Simply tackling physical inactivity, for example, will reduce levels of obesity, hypertension, and diabetes, and prevent some people from developing dementia as well as allowing a healthier old age in general – it’s a win-win situation.”

Coauthor of the study Dr. Daniel Alkon said, “Alzheimer’s disease is not primarily a disease of plaques and tangles as many had previously concluded, it is most importantly a disease of synapses. This study found that treatments that target the loss of synapses in the Alzheimer’s brain, can virtually eliminate all other elements of the disease – elevation of the toxic protein A Beta, the loss of neurons, the appearance of plaques, and loss of cognitive function; the animals’ brains were normalized.”

The researchers studied genetically modified mice to express symptoms and pathology of Alzheimer’s disease in two different strains. BRNI used a difficult training regimen for the mice in order to reveal that significant cognitive deficits occurred five months before plaques were detected in their brains, providing evidence that plaques and tangles are not at the root of the disease.

The mice were treated with Bryostatin to target the enzyme PKCε, which controls the synapse creation at the molecular level. While Bryostatin promoted the growth of new synapses and preservation of existing synapses, it also stopped the decrease of PKCε and the increase of soluble β amyloid, meaning that the therapy could be used to prevent the familiar hallmarks of Alzheimer’s disease, the plaques and tangles. The researchers will move into phase two of clinical testing of Bryostatin as a means of treating Alzheimer’s disease based on their findings.

Until very recently, tau tangles in the brain were associated with Alzheimer’s disease, but now a recent study out of Australia links tangle buildup in the brain to type 2 diabetes. According to the author of the study Dr. Velandai Srikanth, who is also an associate professor and specialist senior geriatrician at Monash University in Melbourne, diabetes may be linked to the buildup of tangles in the brain, separate from Alzheimer’s disease. Continue reading…