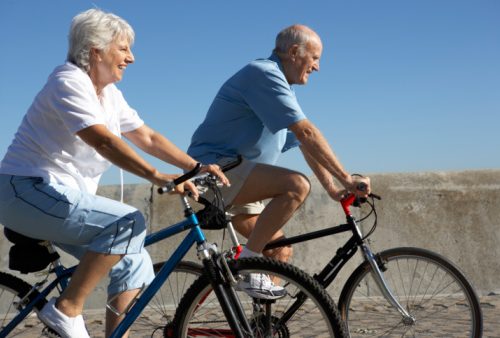 Numerous studies have pointed to the benefits of exercise on the brain. Unfortunately, as many individuals age, they tend to become more sedentary as opposed to staying active. Investigator James T. Becker said, “Our current treatments for dementia are limited in their effectiveness, so developing approaches to prevent or slow these disorders is crucial. Our study is one of the largest to examine the relationship between physical activity and cognitive decline, and the results strongly support the notion that staying active maintains brain health.”

The researchers examined data collected over five years from 876 people over the age of 65. The participants all underwent brain scans and periodic cognitive assessments. The individuals were also asked how often they partook in any physical activity, like walking, playing tennis, swimming, dancing, or taking aerobic classes. The results helped researchers determine weekly calorie expenditure.

The researchers found that those who burned the most calories also had more gray matter in areas of the brain associated with memory, thinking, and cognition.

Lead researcher Cyrus Raji said, “Gray matter houses all of the neurons in your brain, so its volume can reflect neuronal health. We also noted that these volumes increased if people became more active over five years leading up to their brain MRI.”

Dr. Raji suggests that eventually brain scans will be done to collect baseline information of risk-group patients who will be put on an exercise program in order to boost gray matter and improve brain health prior to symptoms of memory loss start surfacing.

In alternative study, researchers found treating patients with vitamin B can help slow down Alzheimer’s disease-related gray matter atrophy. Elevated plasma homocysteine has been identified as a risk factor for vascular disease and possibly dementia and depression. A common cause for elevated plasma homocysteine is a deficiency in vitamin B. In order to investigate vitamin B treatment on the elderly, the researchers analyzed data from seniors with memory complaints over the course of 24 months.

Some patients were given placebo and others vitamin B treatment, and they all underwent MRI scans. The participants showed no differences in gray matter at baseline. Over the course of the two-year study, both groups were found to have lost areas of gray matter. But further analysis of both groups did uncover distinct differences.

The vitamin B group had significant reduction in atrophy in posterior brain regions. The authors wrote, “There is … clear anatomical and functional evidence for the role of the cerebellum in cognitive and behavioral functions, and particularly for autobiographical memory and working memory.”

Posterior brain regions are commonly affected by Alzheimer’s disease. Average loss of gray matter in the vitamin B group was 0.5 percent, compared to 3.7 percent in the placebo group.

The most popular genres of music have changed over the decades, along with the devices we use to listen them. With the advent of internet and portable media players, music is available in countless different forms – but the effect it has on our hearts, and on our minds, doesn’t seem to have changed all that much. Continue reading…