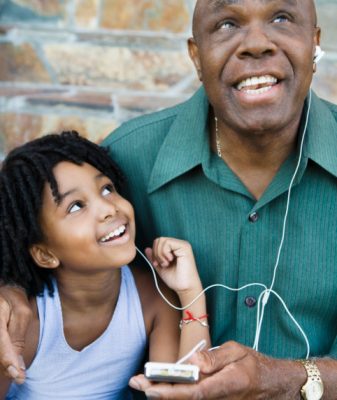 The most popular genres of music have changed over the decades, along with the devices we use to listen them. With the advent of the internet and portable media players, music is available in countless different forms – but the effect it has on our hearts, and on our minds, doesn’t seem to have changed all that much. The relationship between music and mental health has been explored extensively for many years, and a new study shows that it has some incredibly beneficial effects on the brain health of Alzheimer’s patients.

Over the past few years, Alzheimer’s disease has become a rapidly growing health concern. Alzheimer’s is a form of dementia that causes memory loss, behavioral degeneration and problems with the thinking process.

The research, conducted by a team from George Mason University, Fairfax, was presented at the Society for Neuroscience meeting in San Diego. The team set out to observe the impact of culturally significant classical music on this growing health trend, and their findings may pave the way for some very interesting forms of therapy.

Both groups participated in 50-minute group singing sessions three times a week for four months. While only half of each group sang, the other half were asked to simply listen to the music.

After the four month test period was over, all the participants were given a series of cognitive tests. The results from these tests were then compared to the result of a similar series of tests administered before the test. The researchers noted a significant improvement in the mental ability of the participants who sang. The singers also displayed improved ability in simple drawing activities that included drawing clock hands to represent a given time.

Everyone involved in the study, singers and listeners alike, showed an unmistakable increase in their overall well-being and general positivity.

This report helps support a myriad of other reports that suggest music can be used to help combat the worrying health trend that is Alzheimer’s disease, especially in the elderly and those suffering from degenerative mental conditions. Some studies have even shown that music lessons in early years can help maintain mental health later on in life.

Another excellent example of music therapy comes in the form of a Helsinki University study. The researchers gave a 10-week music course to a group of dementia patients. After the course, the patients displayed better awareness of their surroundings, better moods, and better overall happiness.

All this research, scientists believe, should help inform us on how best to incorporate music therapy into early care for the elderly, and for patients with mental conditions. By attacking dementia and other mental health issues head on, scientists hope to minimize the damage they cause.

Dr. Jane Flinn, who was involved in the George Mason study, believes that there is sufficient evidence to make group singing a regular part of early care programs for the elderly. She went on to suggest that even patients in the advanced stages of dementia benefited greatly from the singing.

This research supports the notion that a stimulating environment can benefit Alzheimer’s patients with both their cognitive ability, and overall well-being.

The most compelling aspect of this research is the ease with which it can be implemented. Incorporating music into care programs for patients with Alzheimer’s disease and for the elderly is cost-effective, and does not require additional staff. The benefits, of doing so, however, are clear.

Down the line, music therapy may be the most common form of therapy for older patient and dementia care. Until then, it may be worth a try and easy to implement at home to help family and friends who may be suffering from Alzheimer’s disease or other degenerative mental conditions.