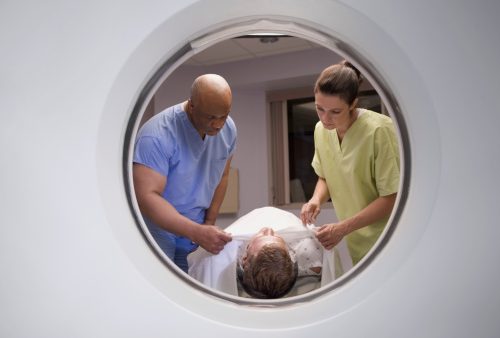 Alzheimer’s disease and schizophrenia raise brain network vulnerability, while gene therapy shows potential for treatment. Researchers from Oxford University have found a network of brain regions that seems to have higher vulnerability to unhealthy aging and a higher susceptibility to disorders that emerge in younger individuals, like schizophrenia.

This network in the brains of healthy individuals is the last to develop and the first to show signs of neurodegeneration. To conduct their study, the researchers utilized MRI scans on 484 individuals aged eight to 84. The researchers analyzed the brain images to see which patterns emerged instead of looking for a particular pattern.

The researchers uncovered one network – located in the grey matter of the brain – that developed later than the rest of the brain and yet was the first to degenerate in old age.

It is known that grey matter declines over time, but the study revealed this one particular area has greater vulnerability than others.

The brain network in question is responsible for information that comes from the senses, but doesn’t fully develop until adolescence or early adulthood. It is associated with intellectual ability and long-term memory. This area also becomes significantly impaired in schizophrenia and Alzheimer’s disease.

Professor Hugh Perry said, “Early doctors called schizophrenia “premature dementia,” but until now we had no clear evidence that the same parts of the brain might be associated with two such different diseases. This large-scale and detailed study provides an important, and previously missing, link between development, aging, and disease processes in the brain. It raises important issues about possible genetic and environmental factors that may occur in early life and then have lifelong consequences. The more we can find out about these very difficult disorders, the closer we will come to helping sufferers and their families.”


New gene treatment for Alzheimer’s disease and schizophrenia has potential

Researchers from the University of Leeds in the U.K. and Mount Sinai Hospital in Toronto, Canada, were able to create healthier and more intelligent mice by altering a single gene to manipulate an enzyme – phosphodiesterase-4B (PDE4B) – found in the brain. The mice’s cognitive ability improved, and the researchers concluded that this treatment may help with Alzheimer’s disease, post-traumatic stress disorder (PTSD), and schizophrenia.

Once the researchers altered PDE4B, the mice acted more swiftly and their cognitive abilities improved as they were able to learn quicker, recall events longer, and were able to decipher various mental exercises more keenly, compared to ordinary mice.

The testing shows treatment potential for Alzheimer’s disease, schizophrenia, and PTSD. Unfortunately, such testing is not yet approved on humans and additional research on mice still must be carried out.