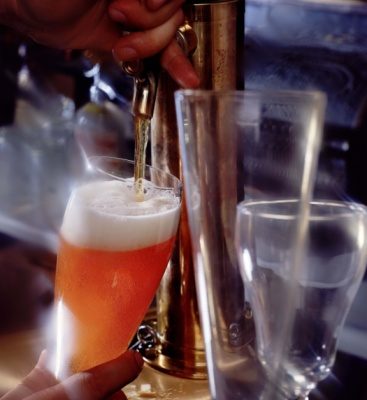 Supporters of Alcoholics Anonymous might not agree. But a recent scientific discovery has shown that alcohol might, in fact, make you live longer.

The news came after the shocking lab discovery showed that just a small amount of alcohol given to a worm could actually double its lifespan.

The findings, made by researchers at the University of California has suggested that ethanol (found in alcoholic beverages) plays a significant role in delaying the aging process, or atleast it did when it came to the worms.
Biochemist Steven Clarke, senior author of one of the supporting studies found in PLoS One says the discovery is “shocking”. Clarke says he doesn’t know why alcohol would have such a dramatic increase in the worm’s lifespan, but the facts remained, it didn’t even take much alcohol to increase the slimy critters chances of growing old.

The PLoS study showed that half a tablespoon of ethanol in full bathtub of water was a good benchmark, or with beer, one bottle per 100 gallons of water.

The worm was originally used to study aging and cholesterol. Clarke says it was this research that then led him to discover that higher cholesterol led to longevity in worms. He then wondered if the new, longer lifespan was due to the cholesterol, or the ethanol used in the experiment.

Clarke says, “we saw that the life extension was entirely due to the ethanol, after being tested at a level of one part ethanol to 20,000 parts water” Not just the cholesterol test.

But one of the biggest concerns that scientists have is that people will begin hitting the bottle with vigor thinking it will lower their cholesterol or make them live longer. Clarke is careful to explain that this is still under debate. Alcohol is still considered to be a dangerous drug, so for the possible benefit to live longer one must be aware of the liabilities.

With GreenFacts.org showing a staggering 76 million people in the United States currently having alcohol disorders (such as excessive drinking and alcohol dependence) people are urged to be aware of that the findings are based on strict moderation of alcohol intake.

A little goes a long way in terms of alcohol being beneficial to your longevity.