Home » Health News » This Popular Beverage Is Hurting Your Heart 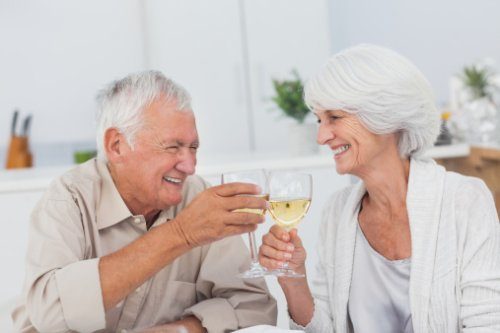 If you enjoy the occasional alcoholic beverage, there isn’t anything wrong with that. But if your drinking is regular, you may be hurting your heart. A new study suggests that the more alcohol you consume, the faster your heart beats.

It is known that binge drinking is associated with atrial fibrillation (irregular heartbeat). The earliest findings of this were back in the 70s when researchers referred to it as “the holiday heart syndrome” because there was an influx of atrial fibrillation around the holidays, a time where alcohol consumption is at its highest.

The latest study was carried out by researchers at the LMU University Hospital Munich Department of Cardiology and it is the first to assess the acute effects of alcohol consumption on electrocardiogram readings. The study included over 3,000 participants of the 2015 Munich Oktoberfest.


“Most people in our study were young and healthy. If we conducted the same study in older people or heart patients we might have found an association between drinking alcohol and arrhythmias,” he concluded.

As for the reason why alcohol triggers a faster heart rate, the researchers speculate that alcohol creates an imbalance between the sympathetic and parasympathetic nervous systems but are unsure as to how it does this.

Until further research is conducted, it’s important that you moderate your alcohol intake, especially if you already have a heart rhythm disorder like atrial fibrillation as to not further cause complications.

Also read: Resting heart rate chart: What should be your normal heart rate?