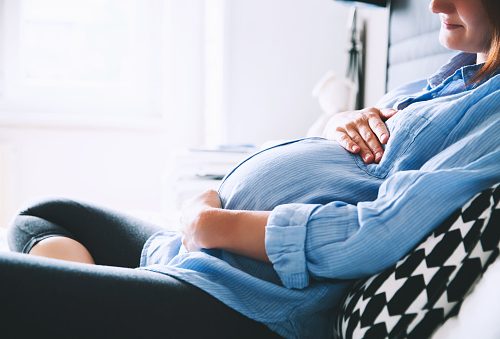 Become pregnant is a joyous time, as bringing new life into the world is very exciting. Starting a family can be stress inducing, but it’s what most people want. Carrying a child for nine months in itself can be a difficult task, as the mother has to make sure she doesn’t do anything that can put her child’s health at risk.

While stopping bad habits like smoking and drinking are obvious restrictions for a pregnant mother, a new study finds danger in something that isn’t easily avoidable—pollution.

Exposure to air pollution in early pregnancy was found to increase the risk of preterm birth and low birth weight, according to researchers at New York University.

Their study was conducted using mice models. They found that exposure to air pollution during the first and second trimester was associated with negative birth outcomes compared to exposure later in the pregnancy.

According to the US Centers for Disease Control and Prevention (CDC), preterm birth and low birth weight increase risk for vision and hearing problems, learning problems, and even death.


They found that fine particles in air pollution—less than one then-thousandths of an inch in diameter—are easily inhalable and almost invisible to the eye. Pollution of this size comes from car exhaust, coal fire power plants, and other industrial processes.

This size of air pollution particulate has also been linked to asthma and heart disease.

“This first study of this problem in mice adds to the growing body of evidence that inhalation of particulate matter from implantation through the second trimester of pregnancy is potentially dangerous,” says lead author and investigator Jason Blum, Ph.D., MS, assistant professor in the Department of Environmental Medicine at NYU School of Medicine.

While the harmful effects of air pollution are not news to most people, their effect on a growing fetus has not been well documented. The findings of this study suggest that the timing of pollution exposure plays a big role, with exposure during the first two trimesters having the greatest effect.

“These findings could lead physicians to advise women to avoid high pollution areas or use air filtration systems during the early stages of pregnancy. With preterm birth and low birth weight having such serious health consequences, the need for further research in this area is greater than ever,” says senior study author Judith Zelikoff, Ph.D., a professor in the Department of Environmental Medicine at NYU School of Medicine.