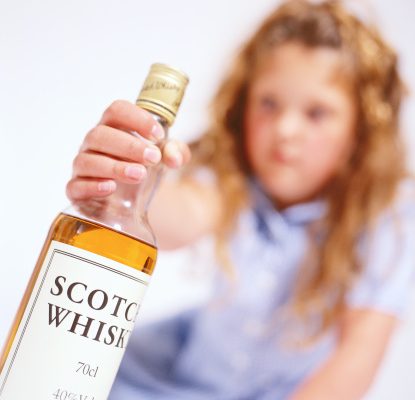 Television commercials are catchy marketing strategies that are aimed to encourage viewers to buy their products. From a scientific point of view, television commercials are designed to train the brain in recalling frequently presented items, thus increasing sales of a particular product. This successful performance of advertisements involves influencing the brain and the mental health of viewers and this has been employed for decades. However, it is also important to understand that the current generation is more prone to external influences and this is attributable to the fact that children now spend more time indoors. Staying at home usually involves constant TV exposure and thus this may affect the brain and mental health of children and adolescents.

According to a recent report, the incidence of alcohol drinking among adolescents at least doubled in the last two years. The study, which involved more than 6,000 North American adolescents between the ages of 10 to 14 years old were monitored for two years through telephone interviews. These adolescents were interviewed for four times each year and asked about alcohol consumption and other social, demographic, mental health, performance, and environmental factors that were surrounding these study participants. The data gathered from these interviews were also employed in inferring the factors that influenced the performance and mental health of the study participants.

The results of the study showed that after two years, the number of adolescents consuming alcoholic drinks increased from 11% to 25%. In addition, adolescents participating in binge drinking rose from 4% to 13%. The study participants were also shown to watch a huge number of movies on television, of which generally include scenes of alcohol consumption. This type of TV exposure may have influenced their mental health— training the brain to accept the idea that alcohol consumption is a common activity in society. Based on the study, the adolescents admitted that they spend approximately 1 to 2 hours each day watching television and thus are also exposed to alcohol use through commercials and drinking scenes in movies. The constant exposure to alcohol use through watching TV may have trained the brain to include this activity in their daily performance. To some extent, the mental health of these adolescents may thus have been influenced to consider alcohol consumption as a normal activity of society.

Interestingly, the study also showed that only 2% of these adolescents watch television with their parents and thus the choice and control of programs to watch are mainly based on the adolescents’ discretion. The study also showed that the general performance of the study participants deteriorated, as based on the quality of grades that they receive in school. This poor performance may be directly or indirectly due to their exposure to alcohol drinks at an early age.

RELATED READING: You Could Be Doing Serious Harm to Your Liver
Read More About the 7 Danger Signs of a Toxic Liver Here

An alarming observation mentioned in the report involves the association of alcohol use and the increase in rebelliousness of these adolescents toward their parents. The researchers who conducted the study are thus suggesting that alcohol consumption at an early age could also affect performance, the brain, and mental health, as indicated by the increase in conflict between parents and their adolescent children. Rebelling against parents is a common mental health feature among adolescents, yet the increase in frequency and degree of rebelliousness in this study also suggests an association with the exposure to alcohol commercials and scenes in certain movies aired on TV. It is thus possible that the brain, mental health and performance of these adolescents have been influenced by constant exposure to inappropriate videos in the media. The brain may have been trained to seeing alcohol consumption as a routine activity in daily life, thus prompting the adolescents to adapt a similar behavior.

The study also showed that despite the absence of alcohol drinking in the homes of these adolescents, these individuals tend to engage in drinking, thus indicating the influence of television exposure on the brain, as indicated by their current alcohol consumption. The brain of an adolescent is very receptive to the surrounding environment, of which the TV appears to be a prominent fixture in homes. In order to maintain good mental health and performance, it is thus essential that to include the performance of parents as a major source of guidance for these children, even in the simplest activity of watching TV. It is also most likely that at a young age, children have to be constantly exposed to appropriate TV programs, such as those that extending positive lessons and attitudes.