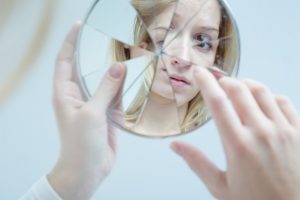 Acute coronary syndrome occurs every 25 seconds in the United States and now research suggests that people with this syndrome are at an increased risk of suicide.

Acute coronary syndrome or ACS is a term used to describe a range of conditions associated with sudden, reduced blood flow to the heart. This does include myocardial infarction or, as most people refer to it, heart attack. New research published in the Journal of the American Heart Association suggests those who fall under the umbrella of acute coronary syndrome may be at a higher risk of suicide, compared to those who are heart healthy.

Researchers looked at the National Mortality Registry in Taiwan and identified just over 41,000 people aged 35 and over who committed suicide between 2000 and 2012. After adjusting for other illnesses, including psychiatric, they found that during the first six months after an acute coronary syndrome diagnosis, people with ACS were 200 percent more likely to commit suicide than people in a comparison group. The authors of the study say that many acute coronary syndrome patients develop depression and anxiety because of limited physical abilities and poor quality of life, as well as an increased cardiovascular risk.

Even though the study focused on patient information from Taiwan, the researchers have said they feel that their findings could apply to other countries, including the United States.

This isn’t the first time that acute coronary syndrome and depression have been linked. A number of reviews have suggested that depression is common in people with ACS, but those reviews did not report on the association between ACS and suicide after adjusting for diseases like diabetes, stroke, kidney disease, and existing mental illness.

Still, back in 2008, a science advisory recommended routine depression and anxiety screening for people with acute coronary syndrome. Experts have said that implementation of the recommendation remains insufficient. The authors of this latest study are calling on healthcare providers to take the increased odds of suicide into account when evaluating patients recently diagnosed with ACS. They believe that it is crucial for cardiologists around the world to be aware of the potential link between ACS and suicide, so they can make referrals to specialists for suicide prevention when necessary.

When a person is at cardiovascular risk following ACS, friends and family are likely focused on any symptoms that could suggest that another heart episode is occurring. Few think about looking for signs of potential suicide.

The reality is, being aware of the signs of suicide can help save lives. Here are some typical warning signs:

Avoiding acute coronary syndrome is, of course, the best any of us can do. People who suffer from diabetes, hypertension, and have a family history of premature ischemic heart disease are at a higher risk for ACS. Smokers are also putting themselves in the higher risk category.

When someone does suffer from acute coronary syndrome, they need all the physical and emotional support they can get. The authors of the study say it is up to the medical community, as well as friends and family, to help protect the person who may be struggling with depression.