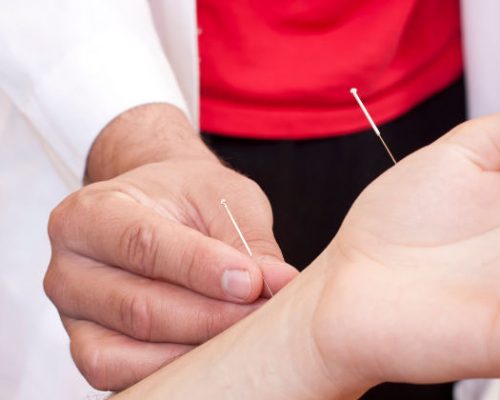 While the effectiveness of acupuncture for treating chronic pain has been well-documented, researchers have yet to discover exactly why this procedure offers pain relief. Now, a new study published in the journal Brain has suggested that acupuncture may remap the brain and cause physiological changes that aid in pain management. Using neuroimaging and sham acupuncture in addition to real acupuncture, researchers studied the activity of the brain and how it changes during acupuncture treatments performed on participants with the neuropathic pain disorder carpal tunnel syndrome.

Carpal tunnel syndrome is classified as a neuropathic pain disorder, as previous studies have found that parts of the brain, most notably the somatosensory cortex that receives signals related to touch, are remapped by the disorder. Therefore, acupuncture’s effectiveness in reversing and rewiring these changes makes it an invaluable tool for treating the chronic pain associated with carpal tunnel.

Related: Carpal tunnel syndrome on the rise due to obesity

Wrist pain? Is it tendonitis or carpal tunnel syndrome?