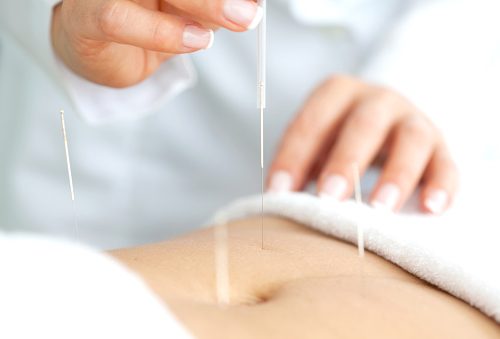 Acupuncture is an ancient Chinese treatment that involves thin needles being inserted into the skin at specific points to promote healing. Studies on the benefits of acupuncture have yielded mixed results. In a recent study, researchers focused on acupuncture treatment for incontinence and fertility issues among women.

The researchers found that acupuncture did improve symptoms related to stress incontinence—where leaks occur as a result of sneezing, coughing, laughing. An alternative study found that it did not improve infertility caused by polycystic ovary syndrome (PCOS). In PCOS patients, a hormonal imbalance prevents the egg from releasing during the menstrual cycle.

Co-author of a commenting editorial David Shurtleff explained, “The research on acupuncture for stress incontinence suggests that acupuncture could be a reasonable and low-risk approach to try before attempting riskier, more invasive treatment such as surgery.”

The study of acupuncture and incontinence included 500 women who were randomly assigned to either 18 real or 18 sham acupuncture sessions. The average age of the women was 55. The women underwent half-hour appointments over the course of six weeks. The needles were placed near the small of the back and the back part of the pelvis, between the hips.

After the six weeks, the women who received the acupuncture treatment reported experiencing less urinary leakage. The results carried on for an additional 24 weeks without treatment.

Acupuncture does not improve infertility due to PCOS

Acupuncture did not make a difference in fertility rates, with about 22 percent of participants completing a live birth. Live birth was higher among women who took clomiphene, with 29 percent of the drug users delivering a baby compared to only 15 percent of the placebo takers.

The findings were published in the Journal of the American Medical Association.