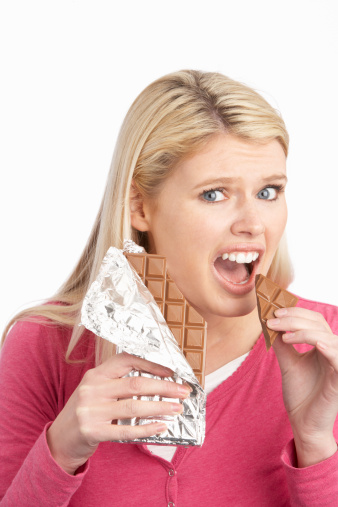 While the thought of “deep brain stimulation” may bring scary visions to mind of psychiatric patients in straight jackets, it has actually proven to be a helpful treatment therapy for a number of different neurological symptoms. And now, in our current fight against the pandemic of obesity and our personal battles with binge eating and weight loss, there appears to be some evidence that this procedure could offer hope in these areas as well.

What is Deep Brain Stimulation?

Deep brain stimulation (or DBS) therapy uses a surgically implanted battery-operated device, similar to a pacemaker. Once implanted, it delivers electrical stimulation to a specifically targeted area of the brain. For example, in the case of Parkinson’s disease patients who experience tremors, the target area for DBS is the section of the brain that controls movement. The electrical current produced from the device blocks abnormal nerve signals that cause tremors for Parkinson’s disease sufferers.

A new study by researchers at the University of Pennsylvania shows that deep brain stimulation in a specific area of the brain seems to lead to weight loss in obese animals. The scientists involved in the experiment say the stimulation appears to reinforce the involvement of dopamine shortages in increasing behavior like binge eating. Testing showed that brain stimulation could reverse binge eating through the activation of the dopamine type-2 receptor.

During the study, the researchers targeted a small area in the reward centre of the brain known for addictive behavior. Mice receiving the stimulation consumed a lot less high-fat food than the mice who did not receive any deep brain stimulation. On days when the stimulation device was turned off, the implanted mice resumed their binge eating.

The testing went a step further by examining the long-term impact of deep brain stimulation on mice that had been given unlimited access to high-fat foods. The mice who received DBS consumed fewer calories and experienced considerable weight loss. The animals showed a big improvement in their glucose sensitivity, leading researchers to believe this could hold potential for the reversal of type-2 diabetes.

This study, published in the Journal of Neuroscience, is the first of its kind to show that deep brain stimulation can be successfully used to stop harmful behaviors like binge eating, and can lead to effective weight loss.  The next step for the Penn-U researchers is to pursue human trials. They are hopeful, for other studies involving DBS are already on the verge of proving positive weight loss results in human subjects.

DBS could be a Safe Solution for Weight Loss

While the researchers at the University of Pennsylvania have demonstrated positive results with stimulation in mice, another U.S university has also made significant strides in human research.

Just a few years ago, the FDA gave the University of West Virginia approval to move forward with a clinical human study on deep brain stimulation in morbidly obese individuals. Under tightly controlled guidelines, only 3 patients were approved for the study. Electrodes were surgically placed in the “feeding centre” of the brain, and the patients have been monitored for 2 years now. So far, the results show successful weight loss for 2 of the patients, with no adverse side effects due to the procedure. While the authors were encouraged by the findings, they admit that a larger study group is needed.

Solving the Global Problem of Binge Eating and Weight Control

Researchers say that deep brain stimulation could work in the treatment of binge eating in different ways. One theory is that it simply reduces the craving for food. Another possibility is that it accelerates metabolism. One of the patients who participated in the University of West Virginia study went on national television 9 weeks after her procedure, stating that she didn’t have cravings anymore and had already lost close to 12 pounds.

While brain surgery sounds like a dramatically drastic approach for many, doctors say that the risks associated with DBS are minimal, and with proper patient selection, can prove to be quite successful. At the present time, weight loss strategies like diet programs, weight loss drugs and even gastric bypass surgery have not been able to work successfully for everyone. With the obesity epidemic continuing to grow, and binge eating and weight management continuing to be pressing issues for the general population, finding new methods for weight control are especially important – before this global problem spins completely out of our control.