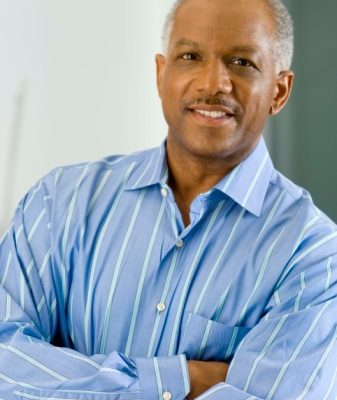 The process of aging has been strongly associated with changes in various parts of the body, including weight gain, wrinkles, joint pain, and loss of stamina. In terms of the reproductive system, aging is also linked to a decrease in the production of sex-specific hormones, such as estrogen and progesterone in women. The male population also experiences its own decline in levels of testosterone during aging, one of the symptoms of a medical condition called androgen deficiency in the aging male (ADAM), or simply called male menopause, or andropause.

Is Andropause Part of the Aging Process?

Since the term andropause is not extensively recognized by society, a number of myths have emerged about this male aging condition. At the same time, medical researchers have put extra effort into looking at the molecular mechanisms behind different types of damage that may be associated with andropause. It is thus important to recognize and disseminate the facts of andropause during aging to prevent further misconceptions and damage to the male ego.

Will This Affect Stamina?

In order to decrease damage caused by misconceptions about male menopause, it is thus important to understand the underlying changes that occur during aging among males. Andropause is also associated with changes in the circulatory system, resulting in the profuse sweating and difficulty in sleeping. It is also possible for males undergoing andropause to experience nervousness and feel a decrease in stamina. It has been postulated that the decrease in testosterone levels may induce damage in other physiological activities of the body.

Male menopause is also associated with a loss of stamina for sexual activity, including poor erection and damage to the capacity for ejaculation. Aging among males can thus be quite frustrating, especially when their quality of life is affected. There may also be a significant gain in weight among aging males, which in turn may also affect the capacity for movement and decrease in stamina for physical activities.

According to a recent medical report, the symptoms of male menopause may be treatable by testosterone replacement therapy, or the administration of testosterone to correct the damage caused by its decreased levels during aging. The report discussed that introduction of testosterone during male menopause may restore muscle mass that possibly increases stamina among the male patients, allowing them to continue on with their lives even during the later adult years. Although the results of clinical trials show conflicting reports on its actual effect on male stamina during sexual activities, this therapeutic approach has resulted in the control of weight gain among men. It is also important to understand that weight gain may cause damage to other parts of the body by increasing the risk for cardiovascular diseases and diabetes. It is also often more difficult to engage in physical activities when one has a heavy physique, which in turn may also be linked to a loss of stamina.

It would thus be interesting to know in the near future if the results of clinical trials on testosterone replacement therapy will show that this treatment is entirely safe and effective. The older male population may definitely benefit from this potential treatment in terms of increasing stamina and decreasing further damage to health. Anecdotal reports have also been released regarding the risk of testosterone treatment and prostate cancer, yet these need further investigation. For now, it is important for society to understand that yes, men also undergo menopause and that there is a need to find a solution for the changes in stamina and prevent other types of damage that may be caused by lower testosterone levels.