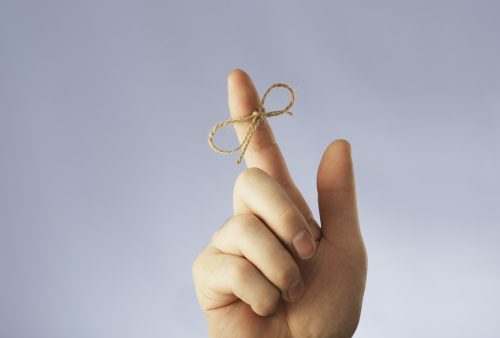 When we start to become forgetful, many of us immediately jump to Alzheimer’s. In some cases, forgetfulness is a telltale sign of Alzheimer’s disease, but there are actually numerous reasons for an older person to experience memory fog and forgetfulness. So don’t worry—there could be a simple solution to your forgetfulness.

Below you will find seven causes for forgetfulness that are not related to Alzheimer’s disease.

7 reasons for forgetfulness not related to Alzheimer’s disease

Medication-Believe it or not, some of those medications that you’re taking may be affecting your memory. The most common type of medication causing forgetfulness as a side effect are anticholinergics, which is a class of drug that messes with neurotransmitter acetylcholine. Drugs known as anticholinergics include antihistamines, acid reflux drugs, and muscle spasm treatments. Certain blood pressure medications and sedatives can have this effect on your memory too. If you believe that your medication is making you forgetful speak to your doctor about your options.

Depression – Depression has been known to reshape the brain. In brain scans of depressed people, the size and functioning of certain brain regions are different than in a person without depression. Included in these areas are parts of the brain responsible for memory, thinking, and attention.

Stress – Stress is a distraction to your brain. During times of high stress, your ability to retain information becomes limited because your brain is too focused on what is stressing you out. Finding ways to reduce stress can work to improve your memory.


Exhaustion – Not getting enough sleep for any reason can leave you feeling exhausted. When you’re tired, you simply can’t think and recall information as well as you would if you were well rested. Combatting your sleep problems can help you become less forgetful.

Alcohol – When you drink, your mind basically becomes mush in terms of recall and memory. Heavy drinkers may experience lapses in memory when they are sober. Studies have shown that when heavy drinkers stop, their memories worsen as their bodies go into detox. In some cases, these individuals may never get their brain sharpness back. Always remember to drink responsibly and in moderation.

Health problems – If you have a chronic health problem like diabetes or heart disease—anything that affects blood circulation and blood supply—your memory can become negatively impacted as a result. This is because there isn’t enough blood reaching the brain. In other cases, memory problems can be a side effect of a vitamin or nutrient deficiency, or even a thyroid, liver, or kidney problem. Ensure that you are properly managing any health problem you have to protect your memory.

Older age – Unfortunately, aging can take a toll on your memory. This is because your brain begins to show wear and tear. As long as your memory lapses don’t affect your daily life, you don’t have to worry that it’s a sign of Alzheimer’s disease. Just ensure that you are eating healthy and exercising regularly.

Related: Novelty is the key to improving memory