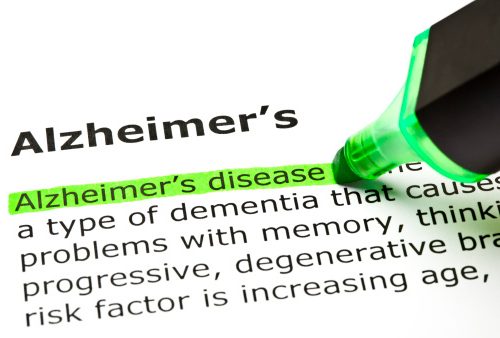 As the population ages in North America, the number of cases of Alzheimer’s disease is also going to rise. Alzheimer’s disease is the most common form of dementia in the older population. It is an irreversible, progressive, brain disease that destroys memory and thinking skills and is eventually fatal. There is currently no cure for Alzheimer’s disease but research is continually being conducted to determine ways in which to reduce your chance of suffering from this form of dementia. Additionally, research continues to study different treatment options to help slow the progression of the disease.

Dementia and Alzheimer’s Disease – What Can Be Done?

According to the Alzheimer’s Research and Prevention Foundation, regular physical activity decreases your risk of developing Alzheimer’s disease by 50%. Research has found that regular exercise, such as jogging, helps to retain the volume in the front of the hippocampus which helps to retain memory. Furthermore, exercising decreases the risk of cardiovascular disease and it may have a positive effect on the brain by increasing blood flow and oxygen saturation.

Research from the University of California found that people that read or played games that stimulated their brain over their life time had lower levels of beta amyloid. Beta amyloid is a protein that has been linked to Alzheimer’s disease.

Following a diet that includes lots of fresh fruits and vegetables, whole grains and that is low in saturated fats and added sugars may help to reduce your risk of dementia.

Chronic exposure to high levels of stress can trigger the production of insoluble tau protein aggregates. Tau aggregates are similar to the tangles that are found in the brains of individuals with Alzheimer’s disease. Reducing stress levels will potentially lead to a reduction in the development of tau. Natural treatment options for stress reduction include meditation, deep breathing, yoga, and massage therapy among others.