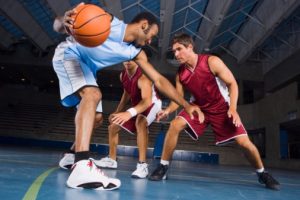 Today, there are more than 12,400 diseases, disorders and other ailments that can befall each and every one of us, according to the World Health Organization (WHO). In fact, people unwittingly carry a number of infirmities – ranging in severity – for weeks, months and years on end. Should you be worried? Read on.

Diabetes is a chronic disease that happens when the pancreas no longer produces enough insulin, which regulates blood sugar, or the body cannot effectively use the insulin it produces. This can lead to higher blood sugar levels – what’s called hyperglycaemia – and serious damage to the body’s systems, particularly the nerves and blood vessels.

Although it is a global problem, diabetes is particularly widespread in the United States, as nearly 34 percent of the population – about 25.6 million – suffers from obesity, which is closely associated with the disease. Still, the Centers for Disease Control and Prevention (CDC) estimates that 7 million of those cases are currently undiagnosed. And another 79 million adults now show signs of pre-diabetes.

But if caught early enough and treated regularly by your physician, the disease is manageable over a lifetime. Signs and symptoms to look for, as noted by the Canadian Diabetes Association, include unusual thirst, frequent urination, extreme fatigue, weight change, blurred vision and tingling in the hands or feet. However, many people who have type 2 diabetes may experience none of these symptoms.

RELATED READING: Common Medical Practices May Be Bad For Your Health

One of the most common infectious diseases, tuberculosis is found in an estimated 2 billion people around the world, according to WHO statistics. It is the greatest single-agent killer next to AIDS, with 95 percent of all tuberculosis deaths occurring in lower-to-middle-income countries.

Nonetheless, only five to 10 percent of latent virus carriers will develop the active form of the disease during their lives. It is also curable and preventable.


Hepatitis C can cause liver cancer

About 3.2 million Americans and 180 million people worldwide are infected with hepatitis C, the CDC says. And three-quarters of those same people remain unaware of their disease although eventually, hepatitis C can cause liver cirrhosis and even liver cancer.

With improved awareness and testing, prevention and treatment are possible.

Smokers Could Have COPD

Chronic obstructive pulmonary disease (COPD) kills an estimated 120,000 Americans each year, according to the National Heart, Lung, and Blood Institute. There are more than 12 million people in the U.S. diagnosed with the disease, and an additional 12 million who are undiagnosed but in all likelihood still have it.

Caused mostly by smoking, and characterized by blockage and inflammation of the tubes of the lungs, COPD makes it incredibly difficult for someone to breathe.

There is no cure.

Stemming from heart attacks, chronic high blood pressure or even diabetes, heart failure affects the ability of the heart to pump blood throughout the body.

According to the Heart Failure Society of America (HFSA), it affects nearly 5 million people in the U.S., with the number of annual diagnoses having more than doubled since 1979. In fact, it is the only cardiovascular disease whose rate is still increasing. The disease goes unnoticed by a wide number of patients due to a lack of understanding of how our heart muscles work and what causes them to deteriorate over time.

The good news is that by improving awareness, we can get all of these diseases under control, helping with their prevention and treatment, improving quality of life and making a significant impact on worldwide life expectancy.