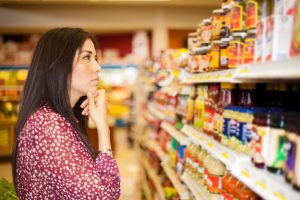 I love it when my friend’s dog, Doug, actually does as he’s told. Like stop jumping all over me as soon as I try to sit down on the couch when I’m visiting. Or snatching up my purse with drooling jaws and hiding it in another room, just for fun. Who wants jaw prints on their favorite bag? (My friend’s a bit of free spirit and never went in for obedience training.)

So when Doug shakes a paw or sits on command, she gives him a treat. Much like thousands of pet owners across the United States and around the globe, good dog behavior is rewarded with a little tasty something.

But what if the treat for your pet was taking a toll on his health? If you haven’t heard about the potential health risks of jerky treats – and other foods – imported from China, it’s about time you did.

Those chicken, duck and sweet potato jerky treats have pet food retailers pulling suspect products from their shelves after the US Food and Drug Administration (FDA) issued warnings about dogs developing illnesses after consuming them.

RELATED READING: Why organic food really is better (and not as expensive as you think)

These problems aren’t all that new. But they’re scary, especially when you consider warnings about items from China causing concern – items readily available in American stores – such as toys containing heavy metals responsible for lead poisoning in kids. If you’re a grandparent who remembers the 2007 toy recall of dangerous toys, you’ll remember the scare.

Then there was the 2008 melamime-tainted milk scandal in China which claimed the lives of six children who died of kidney damage. To put this in perspective, tens of thousands of kids were hospitalized because of melamime, a chemical compound used for pesticides.

Now there’s a lot of talk about farm-raised fish from China not being safe for consumption because of unsanitary farming conditions and the use of antibiotics in breeding. Tilapia from China, for one, has been identified as one not to buy at your local grocer.

Rice, too, is a food for concern. When reports that much of China’s rice crop was contaminated with heavy metals, health authorities in southern China tested 696 samples of food made with flour, including dumplings and steamed buns, the Telegraph reported. Nearly one-third had levels of aluminum above national standards.

Read your food labels and note when something is “made in China.” Yes, China is a manufacturing world power, but it is a country wrought with pollution problems. A 2010 report from the Ministry of the Environment found that more than three-quarters of the surface water running through China’s urban areas is considered unsafe for drinking or fishing. The ministry study concluded that about 42 percent of the country’s rivers were unsuitable for drinking and fishing, and bout 4.05 million hectares of farmland in China are irrigated with polluted water.

So how do questionable imports make it onto our store shelves? Safety standards in China aren’t as high as they are in the U.S. and, while we have inspections and the same health standards for imports as we do for homegrown product, the system isn’t foolproof. The consumer has to adopt a buyer-beware mindset. So it goes with pet treats.

The FDA has issued alerts to consumers about reports it has received about jerky pet treat-related illnesses related to 3,600 dogs and 10 cats in the U.S. since 2007, the agency points out on its website. Approximately 580 of those pets have died.

The FDA’s Center for Veterinary Medicine (CVM) is not taking this lightly. It has conducted more than 1,200 tests, visited jerky pet treat manufacturers in China and met with colleagues in industry, state labs and foreign governments. The exact cause of the illnesses, however, has not been identified.

CVM has put out a call to pet-owners and veterinarians to convey concerns and complaints if an animal may be ill from the jerky treats. Pet food retailers Petco and PetSmart have announced they will pull all treats from China by the end of the year, bringing in more products that are made in the U.S. Alternative products, as you might have guessed, can be more expensive. But better safe and healthy than sorry for Fido.

Treats, of course, shouldn’t be a mainstay of your pets’ diet, just as those mini-chocolate bars shouldn’t be the first and only thing your grandkids eat at your house.

The FDA is advising consumers who choose to feed their dogs jerky pet treats to watch their dogs closely for any or all of the following signs that may occur within hours to days of feeding:

From the FDA: “If the dog shows any of these signs, consumer should immediately stop feeding the jerky pet treat. In addition, owners should consult their veterinarian if signs are severe or persist for more than 24 hours. Blood tests may indicate kidney failure (increased urea nitrogen and creatinine). Urine tests may indicate Fanconi-like syndrome (increased glucose in spite of normal blood glucose).”

I’m not saying the FDA isn’t doing its job. But I am suggesting that you be forewarned about the dangers of imported products. You can argue that we can’t be 100 percent certain about the contents of any food unless we make them ourselves. True to a point, and there are plenty of good recipes to bake your own dog treats.

Ones that Doug would salivate over, I’m sure.