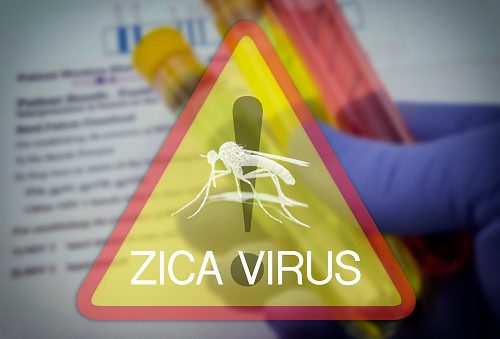 Zika virus transmission routes from mother to developing fetus have been mapped, and researchers have also found a drug that may be able to block the virus spread. The two routes of transmitting Zika virus to the fetus are either through placenta – taking place in the first trimester, or through the amniotic sac that protects a fetus in the womb – taking place in the second trimester. The lab study of human tissues found that an older generation antibiotic known as duramycin can block the replication of the virus in cells, thus stopping the transmission of the virus to the fetus.

Duramycin is often used in cystic fibrosis treatment, but recent research has found it is effective against West Nile virus and dengue virus – which are also transmitted by mosquito bite.
Eva Harris, professor of infectious diseases, said, “Our paper shows that duramycin efficiently blocks infection of numerous placental cell types and intact first-trimester human placental tissue by contemporary strains of Zika virus recently isolated from the current outbreak in Latin America, where Zika virus infection during pregnancy has been associated with microcephaly and other congenital birth defects. This indicates that duramycin or similar drugs could effectively reduce or prevent transmission of Zika virus from mother to fetus across both potential routes and prevent associated birth defects.”

Zika virus can infect different placenta cells, including those within the placenta and outside of the fetal membrane. Biologist Lenore Pereira added, “This suggests that these cells play a significant role in mediating transmission to the fetus and supports the hypothesis that transmission could occur across these membranes independently of the placenta, especially in mid- and late gestation. The most severe birth defects associated with Zika infection – like microcephaly – seem to occur when a woman is infected in the first and second trimester. But there may be a range of lesser but still serious birth defects that occur when a woman is infected later in pregnancy.”

The researchers found that the antibiotic was successful at blocking infection of all placental and fetal membrane cell types. Furthermore, a relatively low drug dosage was sufficient to effectively fight the virus.