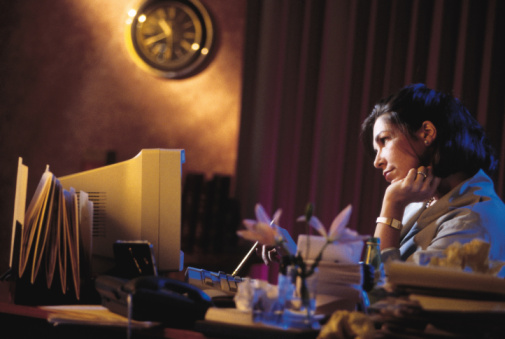 Data collected by the Bureau of Information Statistics shows that about fifteen million Americans work full-time during evenings, nights, or on rotating and irregular work shifts. Workers who habitually work long and late shifts, such as doctors, paramedics and police officers, have been warned for years now of potential short-term and long-term health problems. However, a new study conducted at Queen’s University has now shown a direct link between night shift working and an astonishing increase in breast cancer risk.

Indeed, for certain professions and many individuals, there is no choice; working the night shift is a necessary part of life. But as more and more of these people are forced to take time off work due to related health problems, both business owners and medical researchers are being forced to take a closer look at the precise relationship between work schedule and health, and at more effective strategies to protect ourselves in the face of these growing health risks.

The Demands of Work

A group of Canadian researchers looked at the specific relationship between work schedule and cancer rates. Shockingly, they discovered that women who worked night shifts for thirty years or more were twice as likely to develop breast cancer.

Over 1000 women suffering from breast cancer and 1000 without cancer were involved in this study. These ladies were employed in various jobs and were asked about their shift work patterns in the course of their careers. The Queen’s University researchers also looked at the hospital records of the participants with cancer, to determine the type of tumor these women had been diagnosed with. After examining all of the case studies, the researchers found that women who had worked night shifts for thirty or more years were twice as likely to have developed breast cancer.

Some medical officials question the findings because they say the research doesn’t take into account the diversity of shift work patterns, nor did the research look at outlier factors, such as the degree of chemical exposure that commonly comes with particular night-shift professions. Similar studies have been conducted in the past with exposure in mind, for example, research had been conducted on the shift work patterns of nurses.

One of the theories being used to explain this relationship between night shift working and breast cancer centers on melatonin. This hormone is blocked by light, and previous studies have suggested that it has a protective effect against cancer. Researchers at the University of Texas Health Science Center are one of many groups examining suppression of melatonin as a possible explanation for health problems. There are other potential triggers, however, including sleep disturbances, changes in vitamin D levels, and upset body rhythms.

It is interesting to note that in Canada, workplace insurance boards have showed great interest in the results of the Queen’s University study now published online in Occupational and Environmental Medicine. Also, in Denmark, thirty-seven women who were diagnosed with breast cancer while working night shifts were compensated following a decision by the International Agency for Research on Cancer.

While the cancer connection may be new to us, the negative impact of shift work on general health isn’t. Many of us have heard the common health complaints of someone we know working late-night shifts. The very nature of shift work often leads workers into obvious problems such as sleep deprivation, difficulty fitting in exercise, eating on the run, and more limited food choices (as most restaurants are closed and many night workers will reach for available processed foods). In the short-term, this lifestyle can make a person feel fatigued, cause nausea, concentration problems, as well as affect memory and mood. In the long-term, it can cause serious problems to our cardiovascular system, our immune system, our hormone balance, and our metabolism.

Doctors say being awake during odd hours throws off biological rhythms. This is when negative health impacts begin to become more serious. If you or someone you know is spiraling downward due to night shift work, it shouldn’t be ignored. A physician can help give advice on how to cope with work schedules.

If one has to contend with night shift work, it is recommended that 7-8 hour blocks of sleep still be maintained, and to try and avoid frequent rotating shifts or frequent consecutive night shifts. To get a better rest, avoid consuming more than one cup of coffee during your shift, and use blinds or shades to block out light when sleeping during the day.