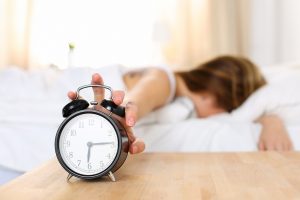 Not getting enough sleep on a regular basis may be associated with a wide variety of health problems, including heart disease. A new study published in the American Journal of Physiology-Heart and Circulatory Physiology has found that healthy adults who get less than seven hours of sleep a night showed abnormal heart rate patterns.

According to U.S. Centers for Disease Control and Prevention, one in three adults in the United States does not get enough sleep. Researchers believe this is why sleep needs to be considered a major pillar of overall health, similar to the way physical activity, exercise, and nutrition are.

Whether it’s chronic insomnia or just a few missed hours of sleep, research shows that the heart may be affected.

Researchers analyzed the information and examined spikes in activity called spontaneous cortical arousals (CA). The heart rates of regular sleeping and short sleeping participants were compared to those who had CA activity.

It was found that while the two groups had a similar number of CA periods, the short sleeping group had an elevated heart rate after these incidents and their heart rates took longer to return to normal compared to those of the regular sleepers.

With the number of US adults who have insomnia is on the rise, research such as this is vital. Lack of sleep has previously been associated with cardiovascular issues such as high blood pressure, heart disease, and stroke.

Symptoms of insomnia may include difficulty falling or staying asleep and not feeling well-rested throughout the day. Most cases of insomnia are related to poor sleep habits, anxiety, depression, lack of exercise, chronic illness, or certain medications. Almost all of these sleep habits are lifestyle behaviors that can be changed.

Treatment for insomnia can improve sleep habits and behavior therapy, but the first step is identifying those underlying causes. Some basic tips to help with better sleep quality include sticking to a sleep schedule, staying active, limiting caffeine or alcohol, and avoiding large meals and beverages before bed.