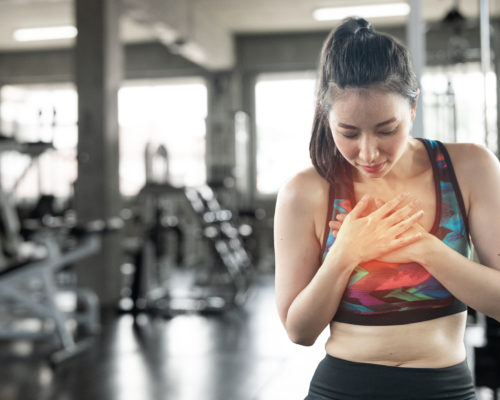 A new study has found that heart attacks in women have a higher mortality risk compared to men. The research presented in European Heart Journal showed that in the decade after a heart attack, younger women were more likely to die. However, after those initial ten years, no statistically significant differences between men and women were found for deaths while in the hospital or heart-related deaths.

When excluding deaths that occurred in the hospital, they found 9.5% of deaths in men and 13.5% of deaths in women from all causes during the follow-up period. A greater proportion of women, 8.4%, also died from causes other than cardiovascular problems, compared to only 5.4% of men.

“It’s important to note that overall, most heart attacks in people under the age of 50 occur in men. Only 19% of the people in this study were women. However, women who experience a heart attack at a young age often present with similar symptoms as men, are more likely to have diabetes, have lower socioeconomic status and ultimately are more likely to die in the longer term,” said study leader Dr. Ron Blankstein.

The study was also able to determine that women were less likely to undergo invasive procedures after admission to the hospital with a heart attack. Compared to men, women were also not as likely to be prescribed certain medications when they were discharged such as aspirin, ACE inhibitors, statins, and beta blockers. It is unknown if this difference is a factor in the mortality rate linked with heart attacks in women.

More research is needed to learn more about the relationship between heart attacks in young women and the mortality rate during the decade after the event. Once the exact cause is found, treatments can be provided to help reduce the risk of death from the cardiovascular event.